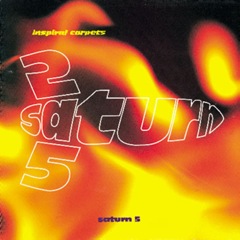 To honour the life and career of Craig Gill from Inspiral Carpets, fans of the band have been campaigning to get their 1994 Top 20 hit, ‘Saturn 5’, back in the charts for 2016’s Christmas #1 slot.

Craig Gill, the drummer of cult Manchester band Inspiral Carpets joined at the age of 14 and his unmistakable drumming was behind the band’s many singles, including ‘This Is How It Feels’, ‘Move’, ‘She Comes In The Fall’, ‘Dragging Me Down’, ‘I Want You’ and, of course ‘Saturn 5’.

The band announced Craig Gill’s passing on 22 November 2016 with the following statement: “It’s with heavy hearts that we announce the death of our drummer and close friend, Craig Gill. We are all absolutely devastated by the news. Craig was our brother. We were honoured to work alongside him for the last 30 years.

To say we’ll miss him is an understatement. He was the beating heart of the Inspirals in more ways than one. Our love and thoughts go out to all Craig’s family and friends and especially his wife, Rose and their beautiful children, Georgia, Orla and Levon.”

You can watch the original video here

If you wish to join the #GetSaturn5ToXmasNo1 campaign in memory of Craig Gill, please purchase the track from iTunes