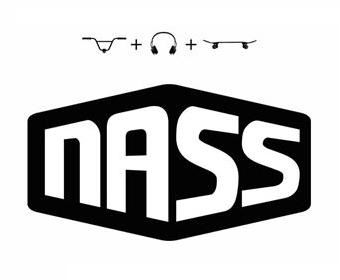 NASS 2014 have announced the final batch of acts for this years festival. With a host of rock, drum & bass, dubstep and local acts added the festival will once again present a phenomenal music set up from Cypress Hill, Netsky and Andy C to Reel Big Fish, The Bronx and Funeral For A Friend.

With so many more acts confirmed this is already one of the most anticipated stage line-ups for NASS but what they are offering doesn’t stop there with American rapper DJ Proof, grime heavyweight Isaiah Dreads, DJ Jonezy, JFB, Astroid Boys and Magnus Puto now added to the main stage.

With the Rock Stage back for 2014, this year's fest will see some massive rock, punk, ska and alternative acts taking to the stage including Gallows, Trash Talk, Cerebral Ballzy, Blitz Kids, Sonic Boom Six and Decade to name a few. Joining these loud and lively acts will be The Hell, Slaves, Brawlers, Only Rivals, Boy Jumps Ship and Remember December for one hell of a lively weekend.

If that's not enough, underground collective Sika Studios will be bringing the cream of their UK grime, hip-hop and grubstep DJs, acts and MCs to the Showground with the likes of Gardna, Dirty Dockerz, Influx, Subzee, Smalls Deep, Dj Shottie featuring MC Kuedon, Flash Harry, Babylon Destruction Unit and many more gracing NASS with their presence.

NASS 2014 is held at the Royal Bath and West Showground on July 11-13. You can book your tickets now at Nass Festival.