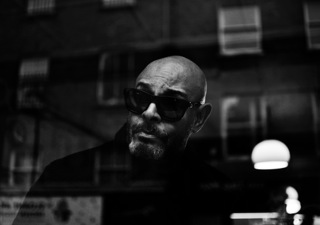 Barry Adamson, the Bad Seed, composer, writer, photographer and filmmaker, has announced a solo tour for April and May 2017 which will see him tour the UK with dates in Manchester, Glasgow, and Bristol, before returning to London for an appearance at the M.O.T.H. Club in Hackney on 27 April.

Adamson’s latest album Know Where To Run is due for release in spring 2017. It was inspired during a recent tour of the US and Canada with Nick Cave and the Bad Seeds. On the tour, Adamson documented what he saw on camera, and slowly these photos formed an idea about creating a book that moves literally through the “different states”.

The tour inspired both the album and a subsequent photo book, which delves deeper into the fabric of the US and Canada. An exhibition of Adamson’s photographs is currently on display at The Crucial Café, W4, open until January 2017.

Adamson has released ten studio albums, including the 1992 Mercury Music Prize nominated Soul Murder, and worked with some of the film industry’s most intriguing mavericks including Derek Jarman, David Lynch, Oliver Stone and Danny Boyle.

More in this category: « Jaw-Dropping Line-up For Primavera Sound Naoise Roo's New Video For 'Whore' »
Login to post comments
back to top