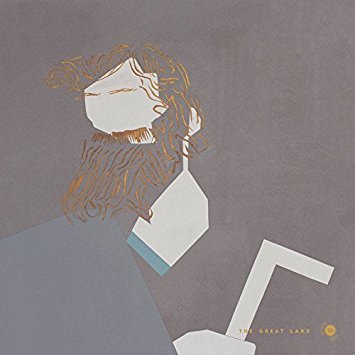 It’s six years since Napoleon IIIrd last released an album and, coincidentally, I’m just back from Milan, a city in whose history the original bearer of that name features heavily & which I last visited about the time that Christiana was released. In the intervening years James Mabbett has apparently been through the emotional mill and the five tracks herein are accordingly bound up to his experiences of grief and yet the album apparently retains a great deal of human warmth & emotion.

I’m uncertain as to whether I reviewed Christiana and listening to it again the other week in preparation for The Great Lake left me none the wiser as to whether I’d actually heard it before. Given the album press release’s nutshell picture of the goings on since 2011 though, comparing the two works could well be pointless anyway so what do we first encounter upon starting The Great Lake off?

Coming in at nine minutes long opening track ‘When We Sleep’ is the album’s second longest. Sleeping through it is something you’re unlikely to manage, given the stridency with which the vocals reassert themselves each time they reappear during its earlier stages. Musically though it does rather drone on towards the end.

‘The Scrape’ has a more jazz-like feel to it along with some bass & drums which fill the composition out, give it a sense of progression and a generally relaxing tone until the harsher guitar parts make themselves felt from around the halfway point. So far you may well be asking where the mooted human warmth is hiding itself.

Thankfully by the time you get to the 19 minute ‘And The You In Between The Space’ it has made its presence felt. Then it disappears after five minutes as things go as quiet as Elmer Fudd likes it for wabbit hunting. Clearly there are specific situations in which to listen to The Great Lake. You need to be fully present & not doing the housework or whatever. You also need to be prepared for as many very quiet passages as loud ones. Set your listening switch to Classical and you’ll be in the right zone.

Patience is a virtue well rewarded by this album, if you have it. Currently though I don’t seem to be relaxed enough to get the most from it so it could well be some time before I return to it once more.

The Great Lake is available from amazon & iTunes.