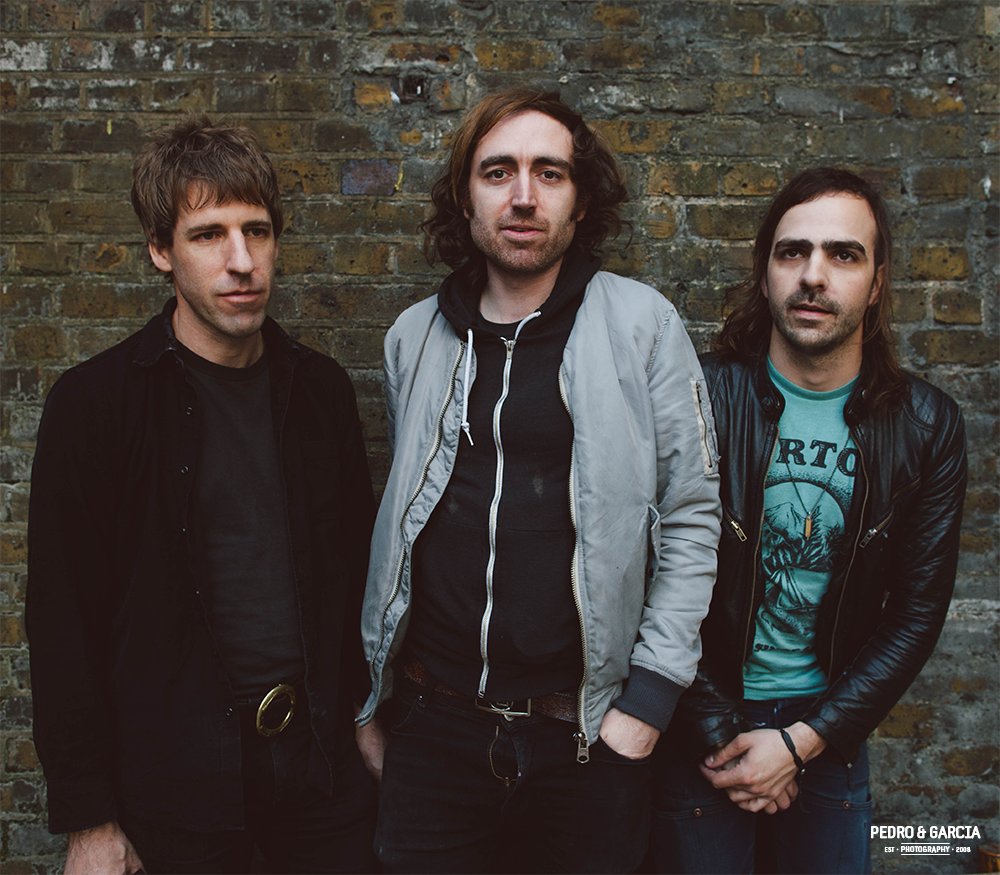 A Place To Bury Strangers are currently on tour on support of their new album Transfixiation Pedro Garcia caught up with them in London prior to their final UK show at Oslo & then again at their in-store show at Rough Trade the following day and put a few questions to the band in the process.

PG: Would you agree that A Place To Bury Strangers' sound is Pop Noise?

Dion: To me pop music is usually a melody, kind of a driven music that the message usually can be related to because it’s a hook, memorable and familiar in a way and I do think some of our songs have that pop element, especially in the vocal line. Pop noise music I would say is accurate.

PG: How do you feel when people compare your music with that of the Jesus & Mary Chain?

Dion: I get so fucking bored, you know?

Oliver: When I grew up and first started to play guitar I was really into Jesus & Mary Chain and other bands so, I can see in some way is where we all are coming from. But we’re exited to hear feedback. And I think at the time when I was reading magazines, saw concert footage or live tapes, they sounded like they were chaotic and super fucked up, rebellious and dangerous. Now it’s kind of cool. But I don’t think we sound that chaotic.

Dion: I’m a 39 year old man who has done my own thing and shape myself to who I’m, and when you get compared time and time again to other people it’s just like, I would say frustrating. And I do like the band, it’s a great band no doubt, but they don’t shape who I’m. I think our live show is a vault, it’s quite a lot heavier than Jesus & Mary Chain and we are taking it to a place where other bands haven’t taken it. 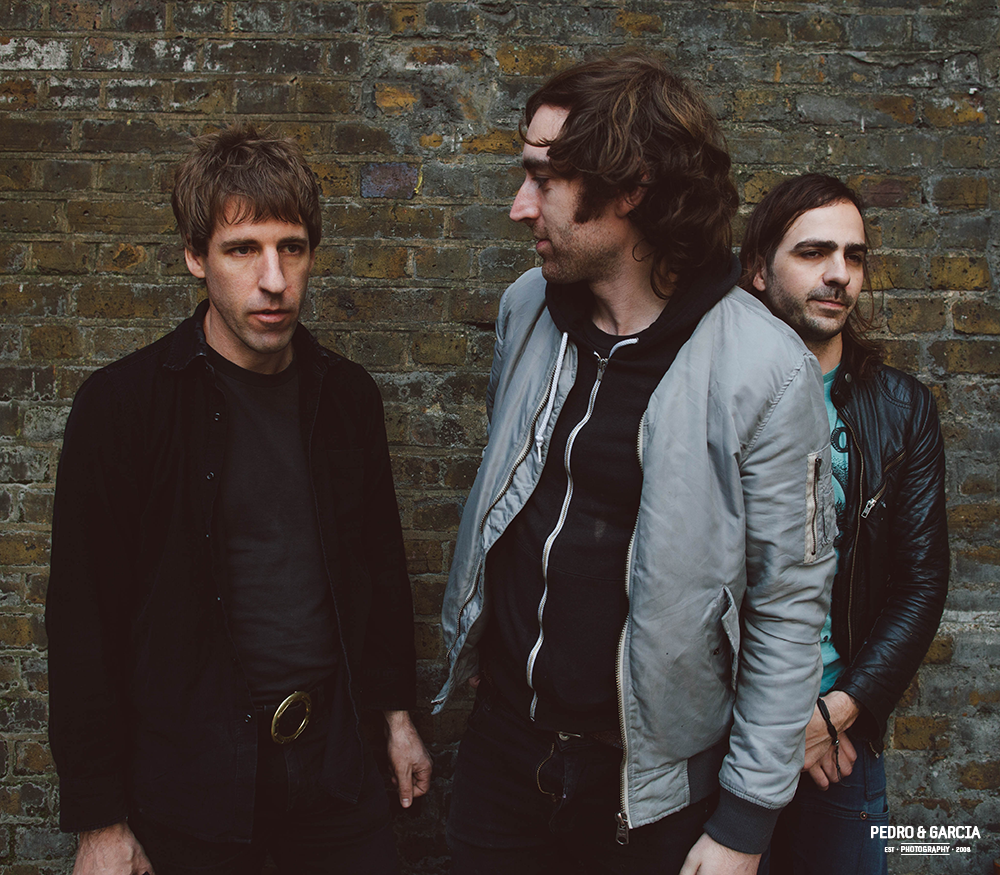 PG: How would you further describe your live show?

Robi: Our show is more like a new experience and no band has done that before. A Place To Bury Strangers transforms the place to a scary place, especially visually, sonically, just everything, except maybe the smell. The equilibrium of the echoes and the heavy sounds makes the show dense and hypnotic. People usually is there right in front staring at us.

PG: Tours and private life, how do you manage that?

Dion: Well, we’re not desperate to be famous or anything like that. We are interested in other things and are just enjoying what we like to do. We push ourselves but we try not to push ourselves in certain ways like non-stop touring without days off.

PG: On a scale from one to ten how tiring can touring be?

Dion: This tour we are doing right now is pretty easy.

Oliver: It’s like you kind of show up, you play music, hang out with your friends having a good time. It’s a blast really. We of course have to do heavy lifting; I mean it is hard work but not the same kind of hard work that you have to do sometimes.

PG: How do you choose songs that are going to be in the album, how you deal with that? Who has the final say?

Oliver: We decided together, but then I made the final decision.

Dion:  Yeah, he does it which is good because someone has to make a decision, you know?

Oliver: We try to work together as much as possible because we come from different backgrounds. And everyone has awesome ideas. Not one person can come up with something that is as great as something that many people can.

I used to write all the music all on my own and before the other members joined I would remove and replace songs. At the moment we’re trying to take all these songs to a new place introducing new drums or bass and this and that something I wouldn’t have been able to do on my own.

PG: New technology is quickly introduced and rapidly becomes part of music these days. How does this impact A Place To Bury Strangers and your music?

Oliver: As much as we embrace new technology, we don’t make use of it often. We always play with electric guitars because that what it is in our hearts. We don’t play with keyboards or anything like that. At the core, we are a punk band and we are going stay that way to the end. But we built a lot of different technologies to get the sound that you want to create.

Dion: We’re always looking around and trying to keep our minds open. A lot of musicians have this thing where they don’t embrace technology because they feel it’s impure. I can understand that. We have some elements of that but generally we don’t close ourselves in that way. 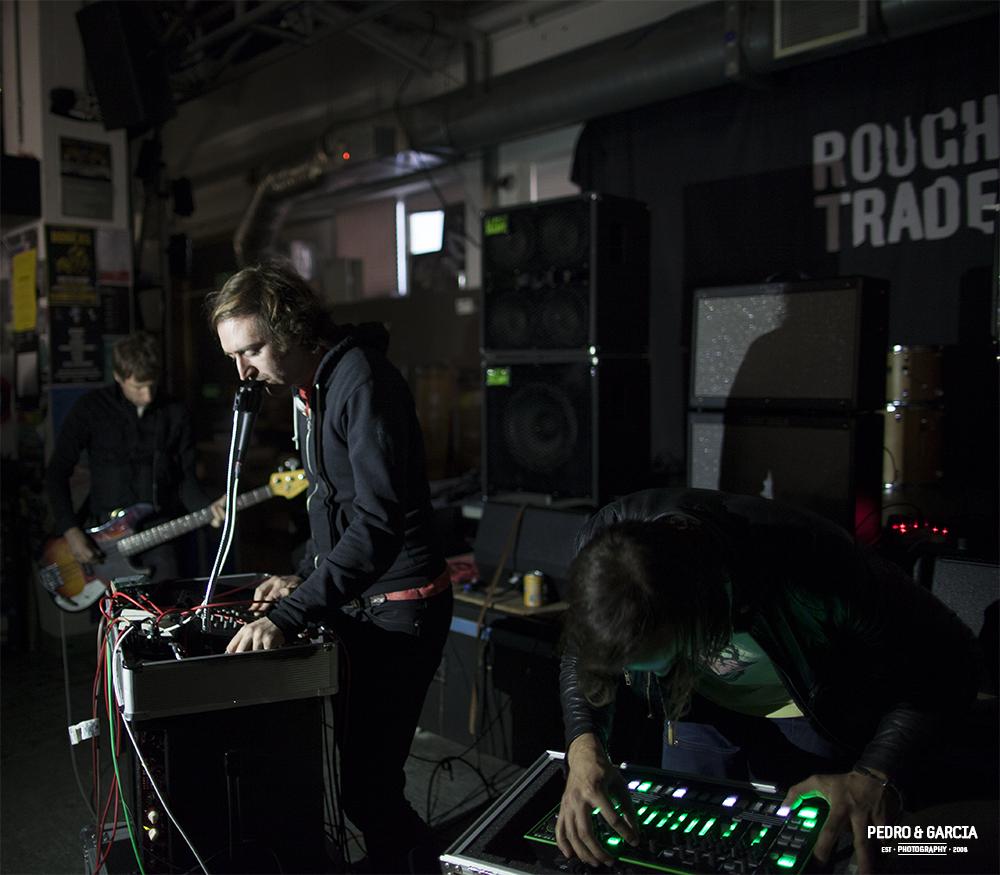 PG: What has been the most unexpected thing that happened to you during your live touring?

Oliver: One time I smashed my head really hard on the speaker and a lot of snot starts to pour out my noise. It was crazy because I was like where is all this water dripping down from my face. It was wild! I though it was brain fluid.

Dion: I think the weirdest thing that happened to me it was one of the last shows we played in London. It was in a very small venue and we used our own special lights. The other lights in the venue was turned off and when our lights went off, it became completely black. None of us could see more than a few inches as there was dense smoke everywhere. To me that was a very weird experience because I was on stage and couldn’t move. I mean, I didn’t know if I was on the edge of the stage. I virtually lost all sense of space and with the music and everything, it was like being in a depravation tank except for our music – it was kind of psychedelic you know, it was really crazy.

A Place To Bury Strangers continue their tour throughout April in Europe (dates here) and Transfixiation is available from amazon & iTunes.