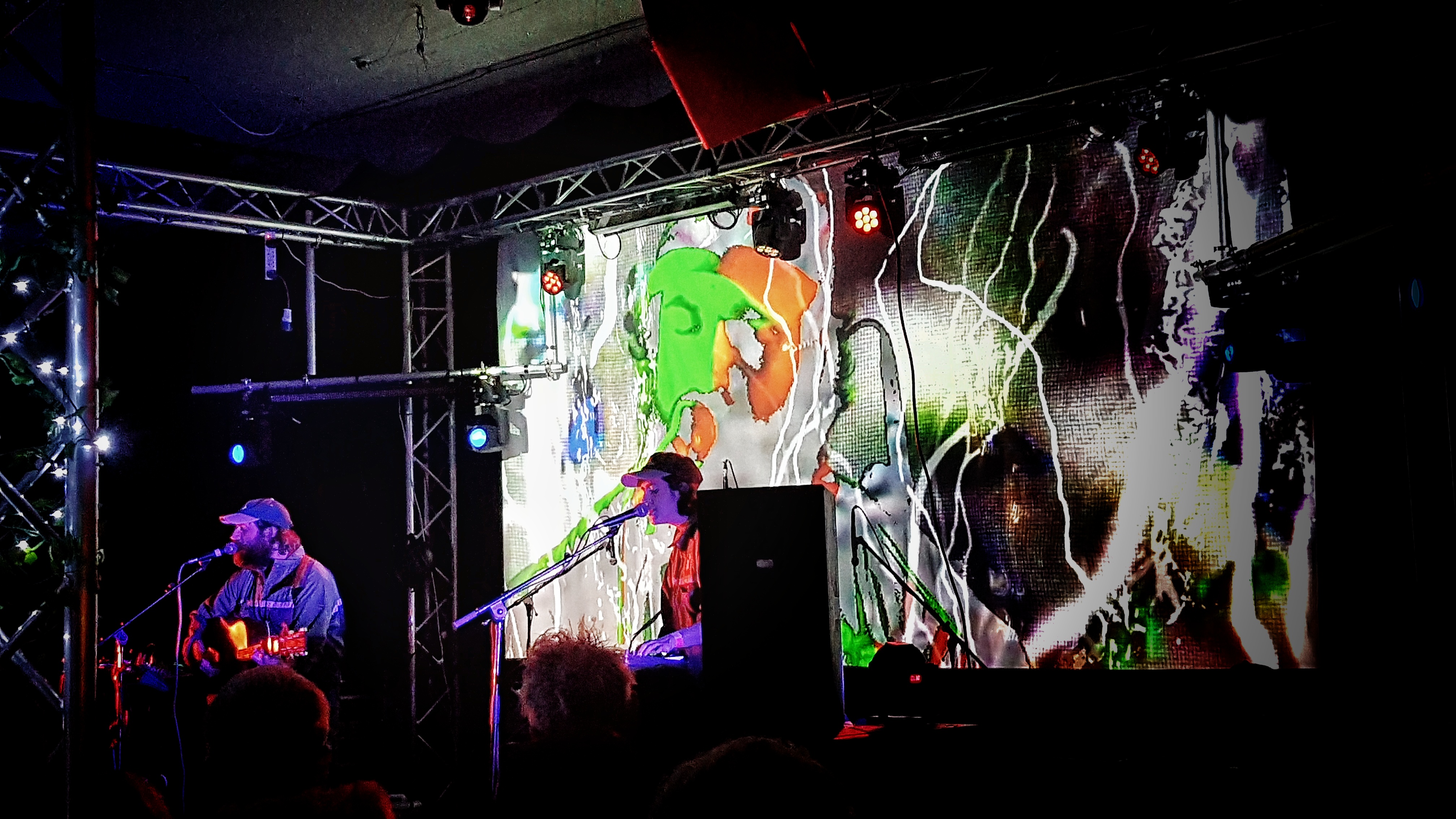 Ah December, synonymous with warm fires, friends, kicking back and maybe even poppin' off a few crackers while downing a few constitutionals. Our crackin' times kicked off a little bit early this year with a few cheeky gifts under the tree (our inbox). The Musos' gang got to open 1 such digital gift early when we popped open an e-mail and found an invite (THANKS GUYS!) to the Fire Records Christmas Party this past weekend. Fire Records and friends were sleigh, sleigh, sleighing it all the wayyyyyyyyyy over at 9294 from the late afternoon till the wee morning hours. Some of you purists out there may say, 'hey now, opening presents before Christmas is just bad luck!' to you I'd say you're probably right and we ended up paying for it.

Some people like hitting up a gig but before hand pump themselves up by listening to the artist(s) they're about to go see. That's not really our jam, plus most feel that we could use more pumping down than up. This time I wish I had because I would've avoided a crushing heartache the next day, more on that later though. So we arrived early thinking we might sneak out between acts to skulk about the always changing Hackney Wick, no luck. Not only were the acts pretty close together but the sites (pubs) we wanted to hit were to widespread, not to mention that from 5:30-6:30 the venue housing the studio had filled up!

Digging in I held firm not wanting to miss out as the tunes and bands both descended upon me. The first highlight for us was The Pictish Trail (@pictishtrail). I'll be honest, anytime I see anyone get on stage with an acoustic guitar......my skin crawls, in fact my notes start off with the word 'yikes' under T.P.T. I couldn't have been more wrong. Johnny Lynch asks us to all welcome Pictish Trail to the stage, looks off stage starts clapping.......when he's already on stage. His talent is in line with his humour and translates to the tunes the duo version of the band pumps out on stage. The show absorbs you because it turns out T.P.T. is a seasoned vet and played his guitar like a motherfucking riot, we shit you not! Supplemented by keys, fun lyrics, a psychedelic light show it's not to be missed, weirdly wonderful vibes.

The next and final highlight for us of the evening quite literally took us, and everyone else in the Studio, by surprise. I had an aunt who once tried to teach me a lesson on how to gain a person or persons' attention without being obnoxious, it never took, but I also never forgot it. She said, 'speak firmly and speak quietly, people will endeavor to listen'. It's now just after 8pm, some of the crowd have been on their feet for three hours and most had been drinking, to say it was a bit rambunctious with everyone trying to go every which way in between acts might just be the understatement of the century. Between sets there were solid tunes being pumped out by the sound crew so it took a while for my ear (wearing earplugs Mom don't worry!) to discern a difference in tones AND crowd noise. Islet (@isletband) I'd soon discover had begun to transform what was our perceived stage space and soundscape blurring the lines between space, audience and band member. Like a Great White's dorsal Islet's collective hands cut through (not literally, although interesting enough to imagine) the tops of our heads in the crowd striking small glossy rectangles. Together as they filtered through and over us they remained mostly unseen but the crowd was reduced to a hush as plush chimes and tones synced up as the trio made their way on stage. I can honestly say outside of Arcade Fire doing a bait and switch with a false stage papier mache band and curtain drop at the Apollo years back this has been by far the most beautiful and ingenious opening to an act I've ever seen, it resonated with everyone. The Welsh art funk 3 piece kept the energy going strong and long with jangly dances by the keyboards, slapping the shit outta the standing drum kit coupled with oblong shaped guitar tangos. Their first performance in the Big Smoke since 2015 we here at Musos' sincerely hope to see them again soon. 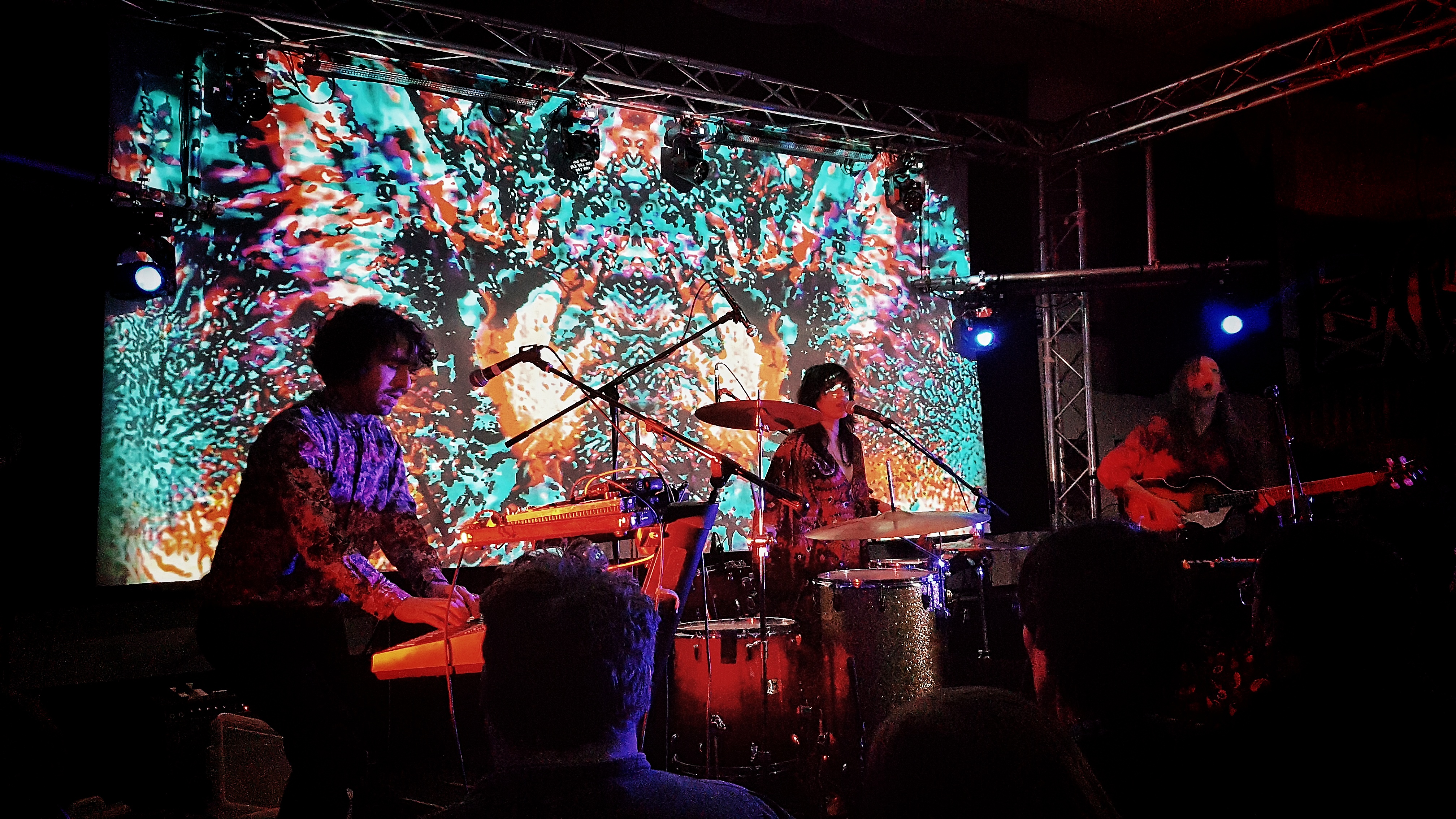 SOON after Islet I started fading but my bad luck would find its second wind as opening our gifts a tad on the early side would come to bite us on the ass. There were a bunch of peculiar and strung out drunks around me crashing and shoving into my precious self throughout the night and after 6 hours of standing still and sober on concrete I started to buckle and became overwhelmed by my station's responsibilities. The final nail in the coffin was Fenella, who although I'd heard great things about, failed to meet my expectations live. Just too 'out there' for me so I promptly packed it up and made tracks thinking Vanishing Twin would've been along the same lines so I vanished myself. Big-MISTAKE. Leaving 9294 I was caught in the rain and was instantly put into a miserable mood, my +1(s) texted and called to apologize for not making it out and by the time I got home soaked and tired I realized I was plum fresh out of snacks! As I sat down to finish keyboarding this article I texted back and forth with The Chief who implored me to expose my shortcomings......I wasn't so sure I wanted to. So, I did what anybody would do who's as much of a piece of shit as I am, I tried to fake it by listening to V.T. over YouTube music and freaking heck, the lowness hit an all new low. What I'm hearing, if it were even a fraction as good as the studio stuff, live would've been remarkable. Not only that but as I left V.T. to stream in the background I was introduced to a variable plethora of other amazing artists; even by proxy these guys are amazing. I truly feel like I've let our friends over at Fire Records down but even more so ourselves. I've just done a quick search and have seen that Vanishing Twin'll be playing in Cambridge come this February. I'll be there, and I recommend and hope you will too, front row center.