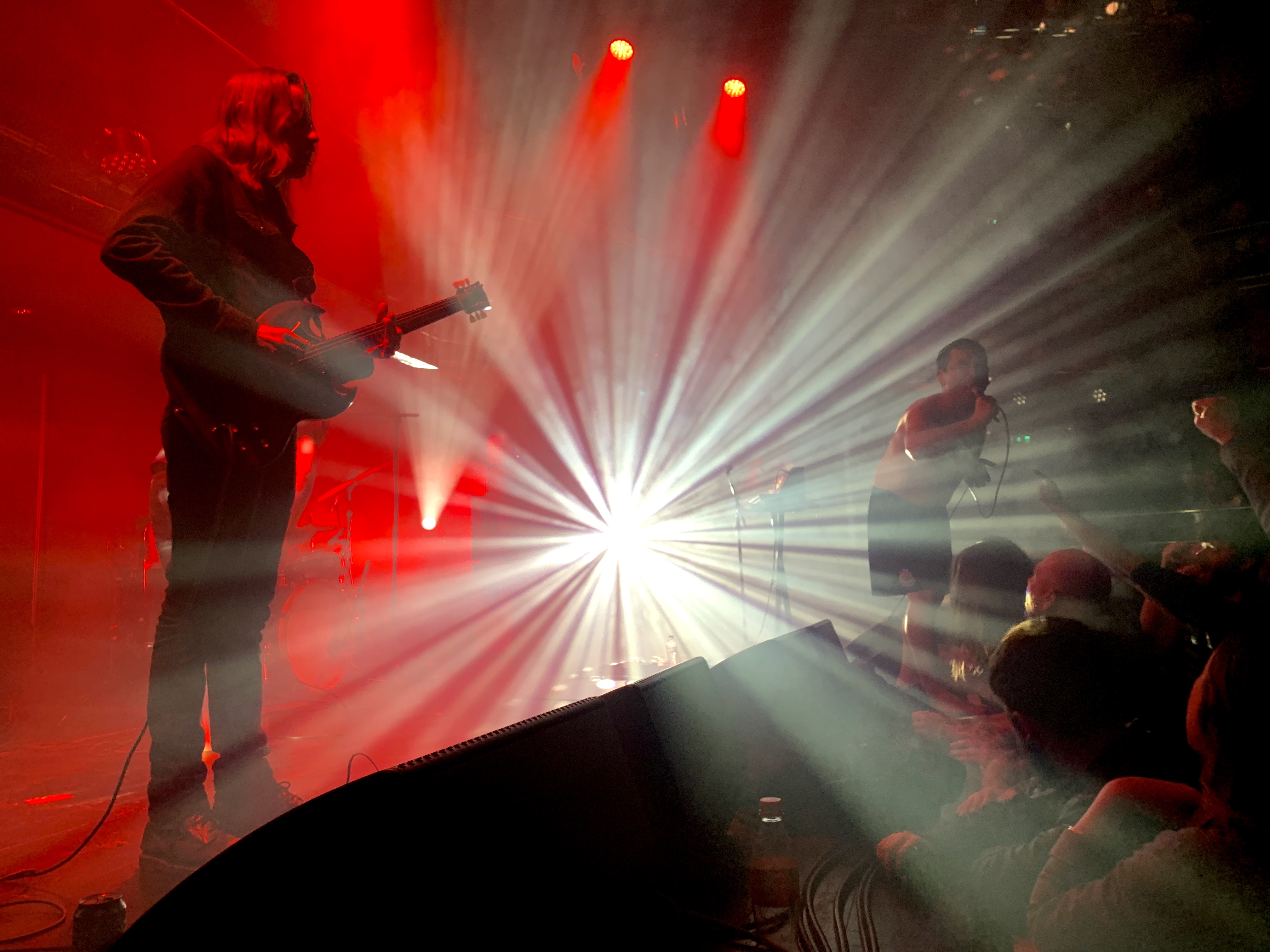 With an incredible second album under their belts it’s no wonder that Pigs Pigs Pigs Pigs Pigs Pigs Pigs are selling out shows across the country. Tonight is just that too, just across the river from their hometown they’ve sold out one of the finest venues around, as the grandiose Sage Two is the setting for the culmination of this three week tour. Opening the show are the fabulous Lower Slaughter whose deep bass and heavy riffs spirals up this cylinder of sound. It’s deep, it’s heavy and it’s angry, singer Sinead Young is a force to be reckoned with as she bounds around the stage.

Her passion and angst permeates through these aggressive tracks which are compounded by relentless riffs, you couldn’t really ask for much more from an opening act their fervour and enthusiasm lights up this room tonight. As the lights go down and Pigs Pigs Pigs Pigs Pigs Pigs Pigs take to the stage, the excitement very quickly reaches fever pitch. The local heroes have returned and Matthew Baty and his band are here to bring the noise. Opening with 'GNT' it’s a ferocious start with Baty throwing himself around the stage in typical fashion, getting up close and personal with the crowd of adoring fans.

This deafening opening is backed by a slew of other tracks, they are in unrelenting form each track more powerful than the last. There is an unbridled sense of frivolity between tracks too as Baty addresses the crowd with anecdotes, whilst this packed crowd are undoubtedly having the time of their lives the band are resonating with their every cheer. The likes of 'Shockmaster' and 'Sweet Relief' sound truly out of this world in this wonderful venue.

However, it is 'Cake Of Light' that elevates proceedings to a whole new level, this track sounds phenomenal performed with an insane level of passion and brilliance Pigs Pigs Pigs Pigs Pigs Pigs Pigs prove why they’re selling out shows across the country. Closing out on the equally fervent 'A66' it caps a truly triumphant homecoming for the band, without doubt they are in the best form of their lives right now and 'King Of Cowards' sounds absolutely incredible. Without doubt they’ve proved how deserved they are of the plaudits that they continue to receive from across the board!