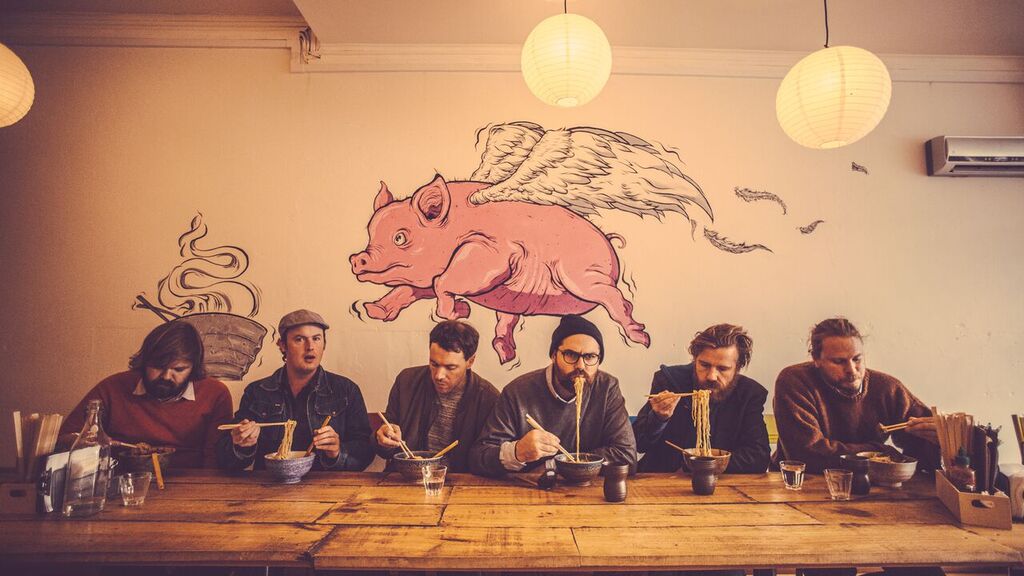 Indie Rock New Zealanders The Phoenix Foundation, are making their return this Summer with sixth studio album Give Up Your Dreams.

The band will be channelling previous album Fandango’s beauteous side, but this time fuelled by a spit ball of irrepressible energy. With the new addition of drummer Chris O’Connor, the album was written taking its lead from the rhythm section for the very first time; paving the way for an all new creative process.

On the record’s infectious, rhythmic driven sound and optimistic feel, co-frontman Samuel Scott explains that “Give Up Your Dreams could sound like a defeat but it represents something quite defiant, joyous and celebratory”.

He continues “The mood when we were recording was so easy, so cordial. We spent a great deal of time messing with an old Eventide H3000. There would be very few sounds we didn’t try to mess with. We turned all the cool and interesting sounds up loud so nothing was competing in the mix and you can actually hear the trippy shit.”

The new LP will be out on Monday August 7 via Memphis Industries. You can check out their latest single 'Mountain' via Soundcloud now.

Give Up Your Dreams

More in this category: « Chagstock 2015: The Levellers Announced as Friday Night Headliners The Scottish Album of the Year Award Public Vote Opens »
Login to post comments
back to top