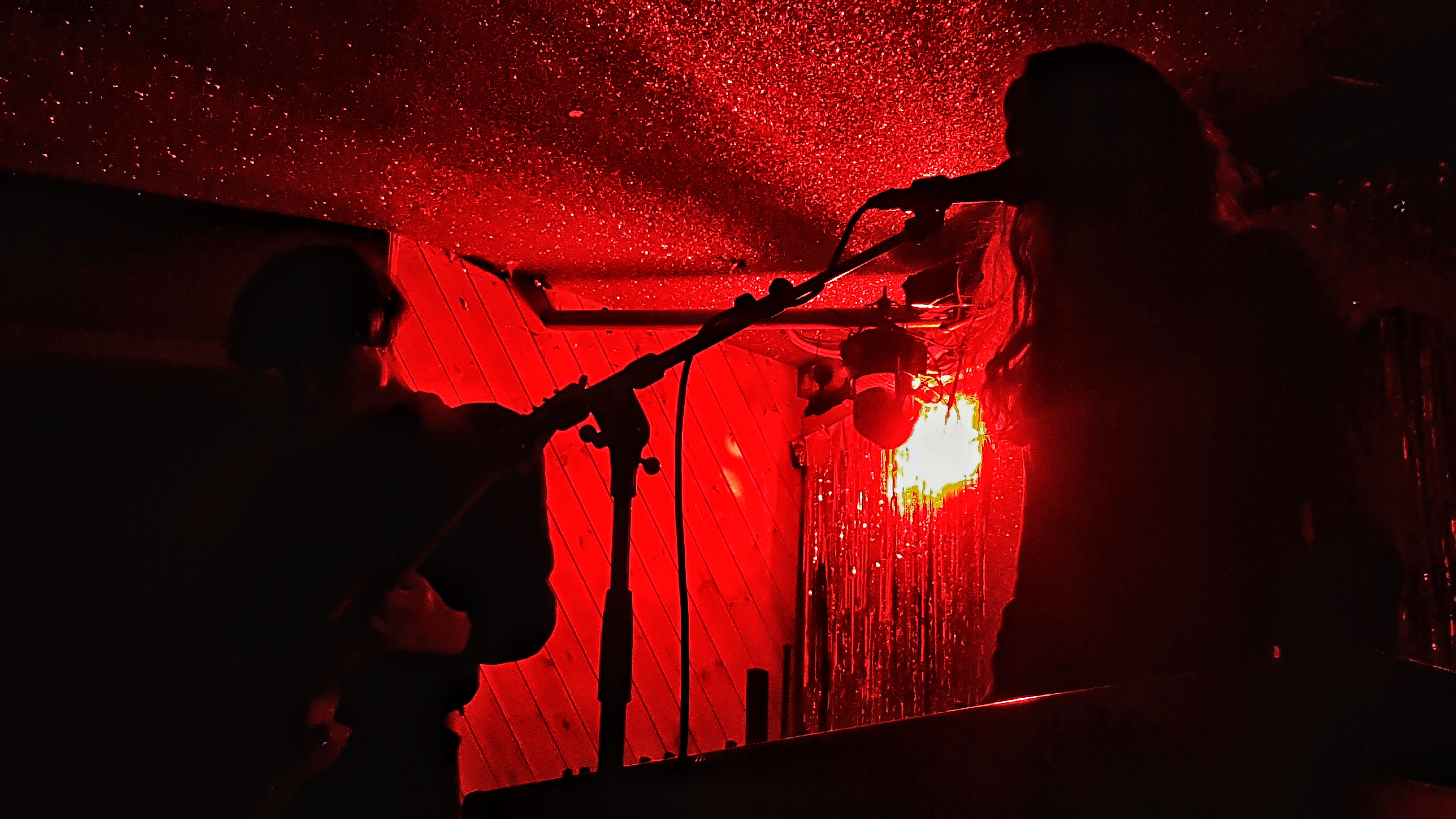 Generally, by rule of thumb, flowers say it all. They’re often thought of as the brighteners of even the dreariest of times, be it soggy London days or failing health right up until the ultimate capstone, funerals.

Death be damned however I’m still poorly and propped up by pillows layered in bed sores that’re maturing nicely. I’m all Netflixed out but recuperating from some undiagnosed and possibly life-threatening illness, it’s the perfect time to catch up on music and emails. Fortunately for me these aren’t mutually exclusive. Ruthlessly I reap my inbox. As emails blur together one after another are culled until I come across White Flowers (@WhiteFlowersssss) outta Preston. I’m kicking myself for not seeing this message sooner because I’m instantly hooked.

I’m not sure if I’m floating through a fever dream or a cloud at this point but this dreamy noir duo is the UK's best kept secret, for the time being. Like breadcrumbs strewn upon a windy day their music leads me one way never fully letting me settle before committing to a change in tack; my musical bearings might be slightly skewed but this, however, doesn’t detract from the divine yet comforting unpredictability piping through my headphones. These layers spliced into their music add next level aural textures, seemingly they’ve pulled it off with an ease that’s as completely disarming as it is sophisticated and technically profound. I’ve greedily absorbed both tracks 'Night Drive' and 'Porta' before realizing there’s nothing left to consume or be consumed by.

Months pass, illness (just barely) overcome, and I’ve got no joy when it comes to tour dates or new tracks. I’m left relentlessly messaging promoters to no avail when suddenly two dates are seemingly announced out of nowhere. One you’ve missed at the MOTH this past Friday, the next you’ve still got a chance to snag. Just before 10pm Katie Drew and Joey Cobb ascend onto a shadowy lit stage making their debut. The lighting scheme changes for the first time this evening, a different tone is struck. It’s obviously orchestrated but I relish these theatrics. A dulling of our visual senses in favour of sound. Deepening tones shrouded in the new and mysterious ambiance envelops us as much as it does their music. The onlookers compelled draw nearer. They’re the third act of the night in a line-up of duos but it’s the first time I’ve heard applause by way of disruption rather than chatter from the audience. We’re not really left a choice, the velvety tones expand around us sucking up the air in the room, it’s any wonder how Katie’s voice and keys find their way weaving through Joey’s strings both manage their grip on us without faltering. It’s a performance as solid as they come. I’m not left disappointed and neither is anyone else.

Although their set withers away White Flowers won’t be wilting any time soon. Although their moody tones are dark and brooding, they’ll brighten any room or stage they’re situated near. Next Show is March 4th at Rough Trade East, if you’re in London stop by and waft in a breath of the freshest music out this year thus far.