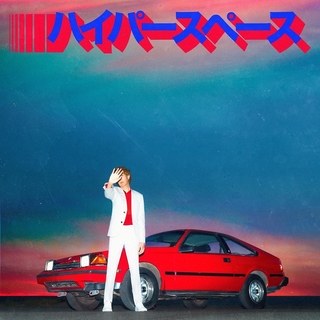 It’s not like Beck to stay the same. He’s a master of combining musical elements and shifting restlessly between albums, staying within an eclectic pop paradigm but disregarding subgenre boundaries. Beck’s new album Hyperspace often evokes the thought-provoking vibes of the Grammy-winning Morning Phase (2014). Since that album came Colors (2017), which was very different stylistically from its most recent predecessor and yet similar to it in terms of quality.

Two of Beck’s new songs, ‘Everlasting Nothing’ and ‘Uneventful Days’, both of which were made available to listeners before Hyperspace’s release, mix downtempo melancholia with drum machines that add a kick to proceedings throughout the album. Another element which reflects the overall sound of Hyperspace is the smattering of synthesizers. Like the drums, these echo much of contemporary pop and warm electronic music. One more key ingredient on ‘Everlasting Nothing’ is guitar, often the main instrument in Beck songs, and a gospel choir is thrown in for good measure.

Third track ‘Saw Lightning’ stands out thanks to its upbeat and infectious nature, as Beck raps over a great bassline, dashes of bluesy guitar and a drum groove, with harmonica adding to the fun. The guitar-laden ‘Die Waiting’ is more laidback and much more pleasant an experience than its title might suggest. The guitars are prominent once more on ‘Chemical’ and ‘Stratosphere’, with the latter being a surprising change of style. It’s the closest things get to Morning Phase.

The title song ‘Hyperspace’ has sounds reminiscent of Kanye West’s genre-defining hip-hop album Graduation but is let down by overuse of a loud snare. That isn’t the only weak point on the album. ‘See Through’, ‘Dark Places’ and ‘Star’, songs that disappeared into the mixture, all failed to make a significant impact on this listener. The song ‘Hyperlife’, a sort of prelude to  ‘Hyperspace’, is captivating at first but doesn’t really go anywhere until the album’s title song comes in six songs later and makes track one’s purpose clear.

Far from perfect, Hyperspace is often marred by too much samey music which lacks power and direction. However, the album is, in terms of overall style, like little else this reviewer has heard, and there are some great songs here, full of beauty and delivered memorably. While it fails to reach the overall greatness of certain earlier albums like Morning Phase or 1994’s acclaimed Odelay, the album is definitely not without its highlights. If Beck were not such a brilliant artist, the album could have been amongst his best work, and some of these songs have earned a place on the essential Beck playlist. Hyperspace’s ambitions and sometimes grand executions go a long way to make up for its failings.

More in this category: « The Atom Age - Cry 'Til You Die Oh Baby – Hey Genius ( Album Review) »
Login to post comments
back to top