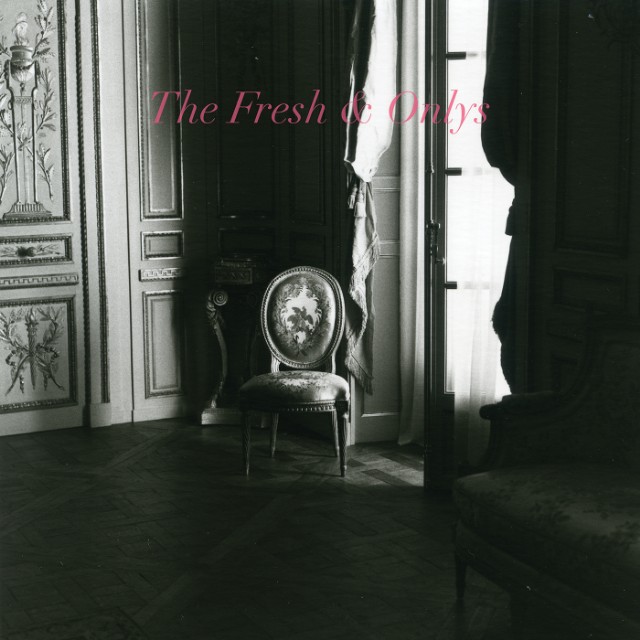 The Fresh & Onlys have been away for three years so it comes as a bit of a surprise that they’re only returning with eight new songs. They set out their intentions with no messing around on the opening, titular track though – a fast paced, sing & shout-along with epically multi-tracked vocal parts to boot. As a statement it resolutely hollers “we’re back, didja miss us?”

Effectively now just the duo of Tim Cohen & Wymond Miles previous collaborators Shayde Sartin, Kyle Gibson and original drummer James Kim, along with James Barone of Beach House, have all contributed to the making of Wolf Lie Down. There are epic qualities to much of the songwriting here, or at least the production thereof, so that time away doing whatever else would seem to have been well spent.

Walls of sound alternate with sparser sounding periods, such as on third track ‘Qualm Of Innocence’, creating a record far better balanced than many in a similar vein from the past twelve months. Things are rather less garage-like across the course of the album when compared against the band’s previous output but, unlike the Crocodiles’ shift towards a polished and sanitised sound, The Fresh & Onlys have retained their edge and a decent amount of grit.

Grit which is amply displayed on the driving pulse of ‘Dancing Chair’. Cohen’s vocals soar on this possibly more than on any other song on the album in conjunction with a rather ethereal ‘80s synth over the top of the meaty guitar sound. A winning combination. Which is an apt three word description of the release as a whole.

Wolf Lie Down is a work consistent with those from the band’s earlier years and as such makes for both an ideal entry point for newcomers and a satisfying resumption of proceedings for long term fans.

Wolf Lie Down is available from amazon & iTunes.