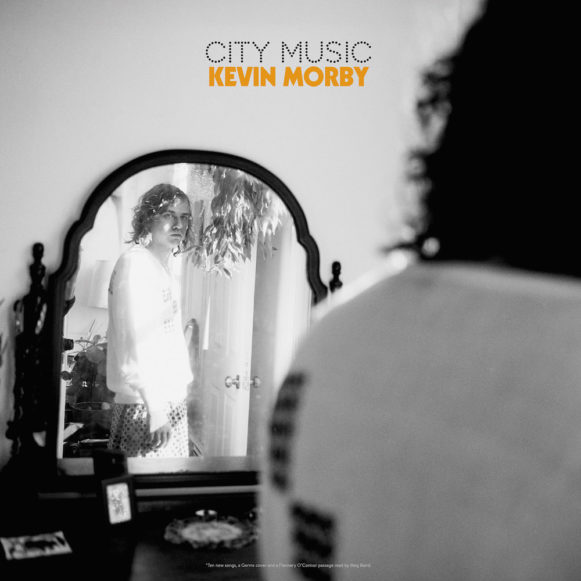 Much as I liked Kevin Morby's Harlem River the last time I made a deliberate effort to hear the man's work was seeing him live at (the now sadly defunct) Incubate festival in 2015. The fact he's had two further albums released in the four years since Harlem River came out has completely escaped my attention it seems. Catching up on those (Still Life & Singing Saw) will need to be done later this week.

Turning attention back to the present we find that on City Music Morby has clearly progressed, sounding not in the least like anyone who's gone before but instead being fully his own man.

'Flannery', which bisects the dozen tracks on City Music is 40 seconds which could arguably have been left out but otherwise there's a consistently high level of quality throughout the record, whether on the upbeat likes of 'Crybaby' or his Ramones homage '1234' or the more downbeat title track.

As the album's title indicates this is music framed within the urban living experience, as opposed to the more rural scenario which Morby's semi-acoustic, country-tinged style might ordinarily seem more indicative of. Then again you could say that Kurt Vile follows the same path to equally good ends.

The downbeat songs of the 12 form the greater part of City Music so the early promise of a mixture of paces isn't fulfilled but then that would I suppose have been a large departure from Morby's usual model. Instead the album should be enjoyed for its consistent artistry and craft and the fact that it further cements its maker's reputation in his chosen field. City dwellers the world over should easily be able to find common ground amidst the impressions and emotions encapsulated within it.