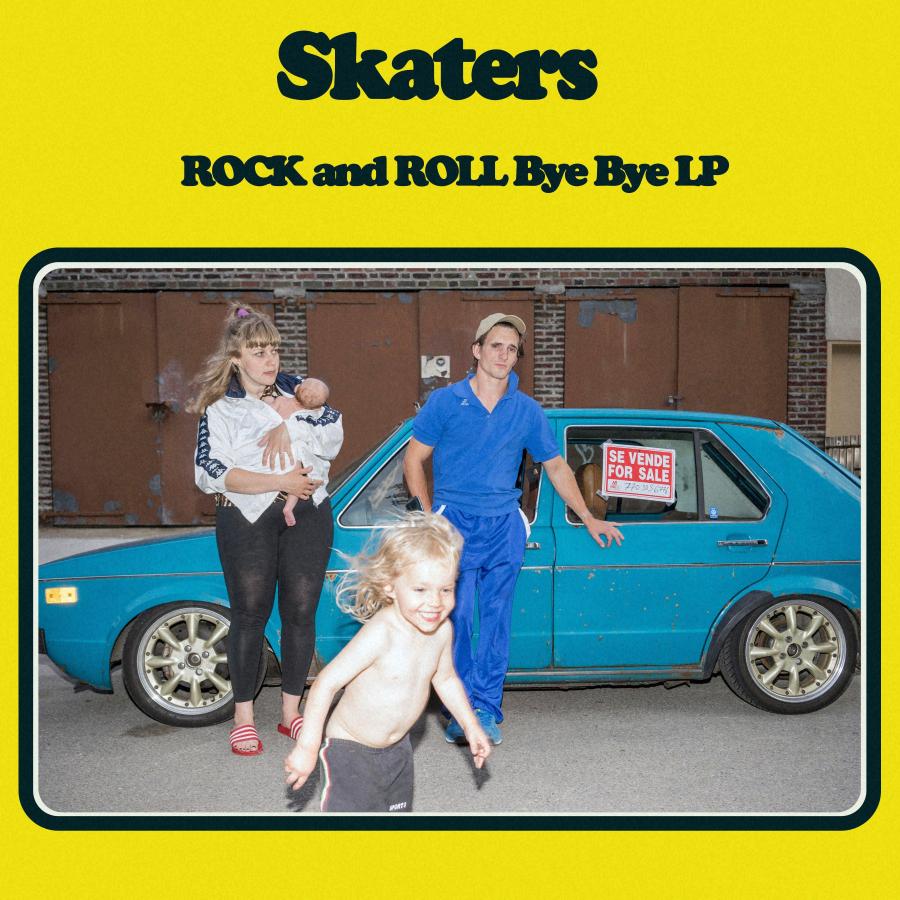 Album number two from Skaters doesn't drastically alter the template set down on their debut, Manhattan. By turns grungy, sunshiny, woozy and spacey Rock And Roll Bye Bye finds the New York-based quartet laying out their stall to grab your attention with potentially one of the great indie rock records of the summer of 2017.

Playful and good humoured throughout, Rock And Roll Bye Bye certainly shows of the band's love of Pixies and other similarly influential acts of the '70s, '80s & '90s. 'Head On To Nowhere' (with it's Muse-like intro) being a case in point.

Modern Life Is Rubbish-era Blur is channeled on fifth track 'Restless Babe' whilst elsewhere The Clash, The Rolling Stones & Primal Scream all exert the odd bit of influence now and again.

The memory of enjoying Manhattan three years ago has remained with me although, as per usual, I'm unable to name a single track from it. The memory of being pleasantly entertained was itself though enough to foster interest in seeing if the band were maintaining the previously enjoyed quality. Being able to report that this is indeed the case is therefore almost as pleasing as the album itself.

There are no fireworks here (or even bells & whistles) but that in no way diminishes the unassuming nature of the work or it's overall quality. Whilst 'I'm Not A Punk' offers a rare lowering of that quality the bulk of Rock And Roll Bye Bye provides ample enjoyment again and again & further highlights Skaters as being their own men & having their fingers on the pulse.

Over the course of the dozen songs on offer here the pacing & ordering has been well thought out & so there's a cohesion maintained for the most part, which succeeds in Rock And Roll Bye Bye being an album of distinctly likeable tunes rather than just a few potential singles bulked out by fodder. They make it seem so easy too.

Rock And Roll Bye Bye is available from amazon & iTunes.