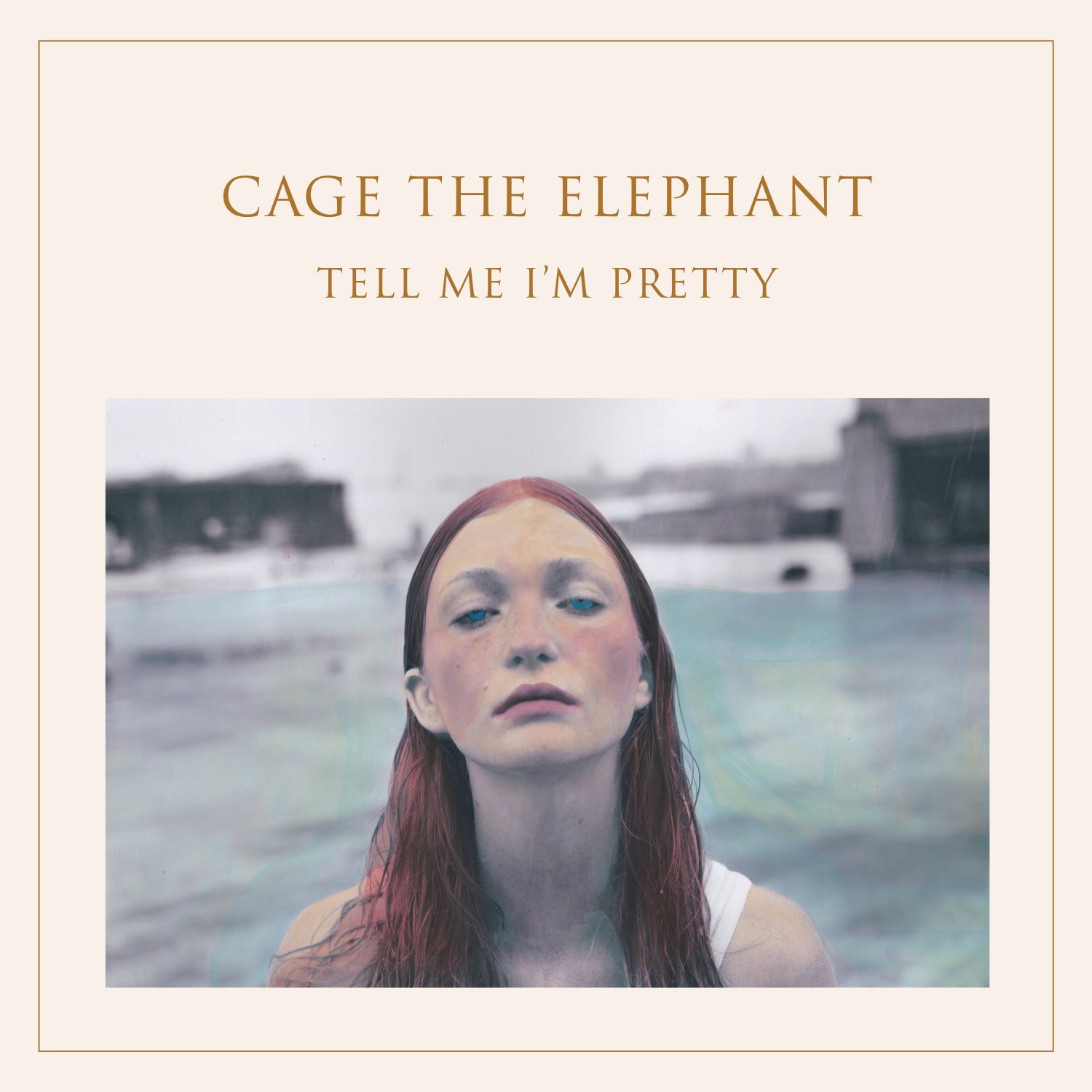 The reputation of US rock act Cage the Elephant is further enhanced with the release of their fourth studio album Tell me I’m Pretty.

Now with the backing of a major label, Columbia and probably far more important, the production talents of the wonderful Dan Auerbach. This 10 track album is a tour de force of the bands raw energy, as well as proving a new subtlety to their song writing and construction. The combination of Cage the Elephant with Auerbach's production skills, they've been able to synthesise these elements and focus this into a wonderful album. Thus providing further evidence that the band is going from strength to strength and continues where their 2013 Grammy nominated album Melophopia left off.

‘Cry Baby’ starts the album with a wonderful piece of retro psychedelic sound. The track is complete with catchy guitar hooks as well as brilliant constructed vocals.

‘Mess Around’ sees the huge influence of Auerbach, as this sounds like its straight of a Black Keys album. Whilst simple in construction, it has the key ingredients of lazy, fuzzy guitar loops alongside punchy, honest vocals. It’s easy to see why this was chosen as the lead single as it encompasses the ethos of the whole album.

‘Too Late to say Goodbye’ is the new single and has a slower pace than previous tracks, yet delivers an intensity that other tracks lose via some of their fast-paced, guitar thrashings. This allows the band to concentrate more on lyrical construction and deliver a smoother more refined sound. The same vein is also continued in the beautiful ‘How are you True’.

‘Cold Cold Cold’ provides some spectacular guitar work complete with high pitched distortion that brings the album to focus and reminds us all of the bands ability. The vast majority of the album contains this raw fresh approach. This is due to the recording sessions taking place in Kentucky and many of the tracks were done in one take. With Mr Auerbach overseeing this, he obviously ensured that these takes were free from post recording tinkering and the result is an album that has a confident raw sound.

The band’s second single ‘Trouble’ continues to show that they can focus on singles as much as producing alternative rock albums. A laid back track with almost a sprinkling of a T. Rex sound. This we feel is the stand out track of the album, with lead singer Matt Schultz vocals soaring with an eerier ghost like quality. This is backed with a complex rock sound, however it’s not all plain sailing as Schultz wails

“Trouble on my left/trouble on my right/I’ve been facing trouble almost all my life/my sweet love won’t you put me through/everywhere I look I catch a glimpse of you."

It is clear that this is another confident album and it may cement the band in a style that finally sits comfortably with all members. However it is still undecided whether this album and the band as a whole, are able break into a larger market that they certainly deserve.  It’s clearly a wonderfully produced album from a band who are aware and settled into their own sound and simply want to make modern, honest rock music for all. What’s not to love.

Tell Me I'm Pretty is available from Amazon & iTunes.

More in this category: « Villagers - Where Have You Been All My Life? The Arrogants - No Time To Wait »
Login to post comments
back to top