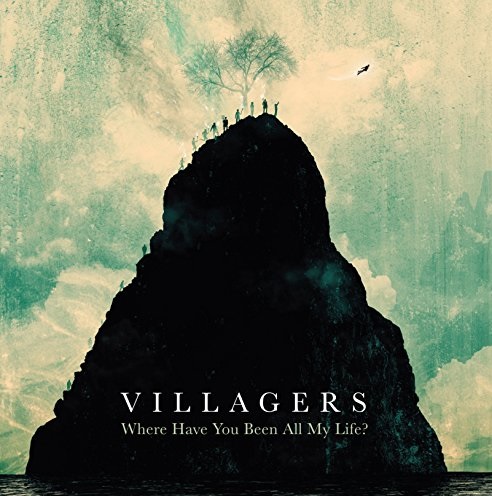 Irish indie folk outfit Villagers, send off 2015 and welcome in the new year with Where Have You Been All My Life?

Recorded live in one day and branded a “re-imagining of older material”, the album takes on a completely natural progression from the group’s previous release, Darling Arithmetic. The virtuous, modest and hankering qualities that make frontman Conor O’Brien a recognisable poet, remain firmly cemented inside the reworked tracks.

Enveloped within each song’s new identity, remains a skeleton of the original concept and this was something that was present during Villagers’ UK Spring tour. This album is the perfect extension. Where almost always possible, it's gloriously stripped down. As ever, O’Brien’s story telling is nothing short of exceptional. Crisp and prominent.

Naturally, more recent songs from Darling Arithmetic have less reason to come to the party in fancy dress. Tracks from the first two records seem to have made the biggest effort. ‘Set the Tigers Free’, although performed at a slower pace it's more compelling than its successor and ‘The Waves’ is equally as haunting as the original, but eagerly searches out the light at the end of the tunnel.

Just 9 months after the previous Villagers release, Where Have You Been All My Life? is perhaps a sign of maturity and growth that O’Brien has stumbled upon, completely unforced. In just one or two takes, the direct approach has captured the enchantment that Villagers have built their reputation on. For these songs to be picked apart and put back together in such a way that charm and compassion survive the reconstructing process, speaks volumes.

The anticipation of fresh material is an ongoing predicament that faces all artists, but with arrangements that have this much personality and freedom from past versions, the waiting isn't as bleak as it often seems.

Where Have You Been All My Life? is available from Amazon & iTunes.

More in this category: « Giuda - Speaks Evil Cage The Elephant - Tell Me I'm Pretty »
Login to post comments
back to top