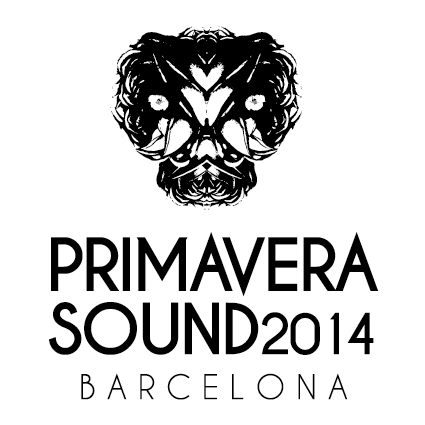 Thunderstorms are predicted to arrive around 6 and 8 in the evening, but thankfully, none actually make it to the party. A welcome change to these past few days (though I understand I sound like your boring great aunt Babette talking about the weather so much, but please understand, for a festival, not so trivial at all).

Spoon is playing one of the main stages, and the Americans are gearing up for the release of their new album. The last one, Transference, kind of gets the cold shoulder, with the set heavily drawing from Ga Ga Ga Ga Ga, Gimme Fiction and Kill the Moonlight. That doesn’t mean they weren’t planning to play more than just the guitar heavy ‘Got Nuffin’’, as with it being only about their seventh show since their little break they kind of mismanaged the time. Daniel graciously accepts the blame after jokingly having put it on his guitar technician who, he smilingly says, wants to boot them off stage.

The boys are enjoying playing live again though, and they manage to cherry pick all your favourites. You’ve got the booty shaking bass of ‘I Turn My Camera On’, the synth powered ‘The Ghost of You Lingers’, and yet the set seems to be high on “rockers”, with ‘Small Stakes’, ‘Jonathon Fisk’, and ‘Got Nuffin’’ all getting some air time. ‘The Underdog’ gets the audience screaming out the line “That’s why they will not survive!”, while album-mate ‘Don’t Make Me a Target’ gets the audience pleading the title line as well. The new song that appears mid-set is lovely, and sounds like something they haven’t quite done yet, which is a good sign for the new album, I reckon.

Connan Mockasin, playing the Vice stage on the outskirts of town, draws a sizeable crowd, and it is easy to see why. His voice is such a treat, and a rather rare one at that. It’s not always one hears that sound, not to mention coming from someone who can play a lick of guitar. Near the end, the band has ballooned up to about nine people, including Dev Hynes, and they launch into a jam that can be best described as going nowhere slowly. The blues imbued psychedelia is probably at it's best when Connan doesn’t meander too long in those jam and transition phases, though no doubt some in front of the stage will laud the very fact that he isn’t really about “songs”.

The earlier mentioned Hynes is playing one stage down a bit later in the evening as Blood Orange, and at the midnight hour they sure get the funky into the festival. Their set is absolutely lovely, though just like more bands on the Pitchfork stage they do have a few hiccoughs to overcome. First his vocals are too low, then you can barely hear hers. After about a song they start to hit their stride though, and they show no signs of stopping. They play the album favourites and manage to funk them all up a bit so that the crowd has every opportunity to get some dancing done.

Not only can the audience have a little dance to it all, Hynes is also an excellent frontman. He is a real smooth singer, can play some guitar, and he isn’t afraid to bust-a-move. The backing band, too, is lovely, with two good female singers, a second guitarist who certainly gets a few riffs in as well, a drummer, and a saxophonist who also hits some high notes as secondary vocalist on one of the songs. Tracks like ‘Always Let U Down’, ‘You’re Not Good Enough’, and ‘It Is What It Is’ are played brilliantly, and the slowed down medley near the end is boogielicious, and even gets a bit of Solange in there. It is an impressive performance all around.

Chromeo is all about the fun, and not just for the audience. They play their catchy pop tunes quite tongue-in-cheek, though these tunes themselves are actually crafted so well that the creation of the music itself must have been quite the serious affair. And so they get the sizeable crowd up and dancing with tracks that are contagiously fun like ‘Night By Night’ and ‘Sexy Socialite’, all the while pretending they are doing a major rock show (even to the point he throws in an Angus Young guitar walk). And if they play that they are rockstars, who are we to say that they are not?

Closing it all out on the ATP stage is Cut Copy, who are just one of the most fun acts around. Both for people who like their indie rock/synth-pop as well as for those who just want to dance it all out. The people who like the former get their fix when they play (a lot of) their old material, even going back to Bright Like Neon Love. Maybe the numbers prove me wrong, but it seemed that this album, in combination with In Ghost Colours, actually had a bigger slice of the pie than their two most recent albums, Zonoscope and Free Your Mind got. The audience sure jumped their socks off on especially the In Ghost Colours entrées, with ‘Lights and Music’, ‘Hearts on Fire’ and ‘So Haunted’ getting a raucous response.

That they are leaning to dance more than before is, however, already clear from the get go, as a botched up version of the old house staple ‘My House’ by Chuck Roberts gets played to introduce the band. The lads from Australia aren’t letting the audience do all the dancing though, as they go all out themselves as well, and that in turn inspires the public to get moving even more. The older material gets the crowd jumping, though the dancers amongst the fans can do some of that “jackin’” to the Free Your Mind material. Like, for instance, the title song, and the housey ‘Let Me Show You Love’. When the band starts (03:30) it has already become quite chilly, though despite that I am quite confident that a large portion of the crowd will have worked up quite the sweat by the time the band plays their final note.

I imagine that those who actually live in Barcelona might have gone down to Daniel Avery to try and really be the last to leave, though the many international visitors might have a check-out time to consider. Our hotel goes easy on us with their 12 o’clock check-out time, though when all the dust has settled that still leaves only about four hours of sleep to get our energy up again. And this after four days (!) of all kinds of ways of enjoying music. Life’s not easy when you try to enjoy it, and Primavera 2014 sure gave everyone lots of opportunities to do just that.