So, normally The Weekly Froth! is a collection of six house/disco/electronic tracks that are kind of new (including edits, remixes, singles, etc.). This week though, with Barcelona’s Primavera Sound Festival coming up, and yours truly going there, it is a quick burst of six acts in those genres (or thereabouts) that you might want to catch if you’re going as well, or you might want to listen to anyway because they’ll spice up your… whatever-hour-you-need-to-spice-up.

Last year The Juan MacLean released their second album, In a Dream, which happened to be my favourite album of the year. It’s the urban cold mixed with the emotional warmth (and hotness) of house music, which is a mixture that works perfectly. And if you think this second album doesn’t feature enough hits to keep you dancing all night long, they still have super-duper tunes like ‘Feel So Good’, ‘Feel Like Moving’, ‘Give Me Every Little Thing’, and the impeccable ‘Happy House’ to keep that party going until the morning light. I saw them twice when they were touring their first album, and both gigs were amazing, not in the least because of these 23-minute versions of ‘Happy House’ they pulled out of their hats. There’s no doubt in my mind they’ll be equally as good when playing Barcelona in two weeks.

To be honest, I’ve got no idea what this guy is going to do. Is he going to DJ? Is he going to do some stuff from his Pale Blue side project? Is he going to play his Capricorn Rising EP? Or is it going to be like his Albuterol tape he did with Johnny Jewel? Whatever it is going to be (and truth be told, the kind of music does vary pretty wildly, so watch out), this guy knows music, so it’s going to be an interesting adventure with undoubtedly some excellent synthesizer action. Sure, I wouldn’t complain if he’d bust out that ‘Million Dollar Bill’ edit he did and went disco crazy, but if I’m even alive at that point (last day, last band), I’ll be happy with anything that will take my last legs from under me. Do check that ‘Disconet Dilemma’ one (starts at about the 45 minute mark), it’s gold. Pure GOLD!

I like telling this story. When I was visiting Porto with friends, we happened to chance upon a club where, later that night, Moullinex would be playing. Me, being pretty big on that album, stayed even after my friends headed for the hotel, and so I witnessed Rebeka warming the place up with their melancholia and synth-pop action. Their debut album, Hellada, is definitely worth a spin if you have never heard that one yet, and it has some ace tracks on it. A bit more recently they’ve released a new single called ‘Breath’, which does give a good indication of what they do well. Nice, haunting atmosphere, but still danceable with the drum as its base and all the synths. The only thing that they’ve got going against them is that they’re playing at the same time as Antony & the Johnsons, who will have a whole orchestra behind them. I’ve seen them both live already (even Antony WITH an orchestra), so might let the company decide where we’ll go. But if Antony isn’t your thing and dancing and a bit of melancholia is, you can’t go wrong here. I am fond of a small stage, though.

Now, miraculously enough, I have never seen Caribou live, so there you go. Even despite feverishly loving that opening track of his new album. I did see a live stream online once of this lad, though, and that looked pretty good, so definitely looking forward to finally seeing this act live if all goes well. Our Love was released last year, but perhaps even better known is his 2010 release Swim, which I remember real well because it got all this amazing praise. In between he also was Daphni for a while, but now back under his animal moniker he’ll hopefully be giving the crowd that jolt of energy that we will all probably need at 03:00 on the last day of the event.

Now, there is actually some real DJing going on at Primavera! For the second time straight Primavera comes with a DJ stage, with the people at Resident Advisor curating the whole thing on Thursday. The closers are Tuff City Kids, who will try to get some of that club vibe into the Barcelona festival. Tuff City Kids are Gerd Janson and Lauer, who know how to handle the dancing department on their own as well, so let alone what they can do in unison. Now, last year, I wanted to get into the dome like structure that was the DJ stage, but I couldn’t because there were just that many people dancing their socks off. So no promises that I can actually tell you all about my experiences from a good night out about town dancing to these fellas. But if you do find a spot on the dancefloor that’s not occupied yet, I’m sure you and your dancing shoes might just have a bit of fun on these beats and all.

What?! There’s a Wednesday?! Erm, yes, almost every week actually, but also as part of the Primavera Sound Festival. Not only that, it’s free to enter! Yoinks! So yeah, there’s only one stage, and last year there was quite a delay before kick-off because, you know, showers and rainfall and all that jazz, but attending is a fun way to kick off a good bit of festival weekend. Last year I was able to see Stromae and was dancing furiously to a tight Holy Ghost! performance, and this year I’ll probably be enjoying myself quite a bit with OMD. Because, it is OMD. And it is free of charge. And who doesn’t like a good slice of that ‘80s pop? 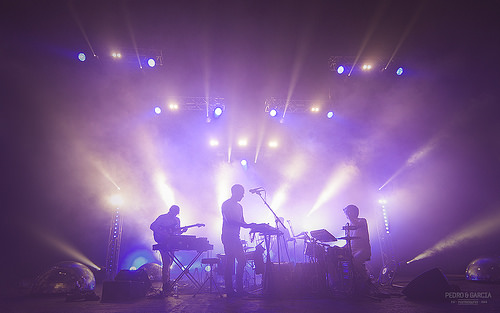 Currently touring in support of the recently expanded Our Love album Dan Snaith and the live incarnation of Caribou appeared at London's Brixton Academy on the night of March 14. 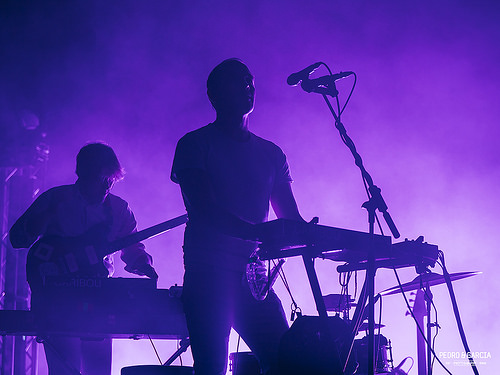 Pedro Garcia headed along on the night to record the band's performance for Musos' Guide. 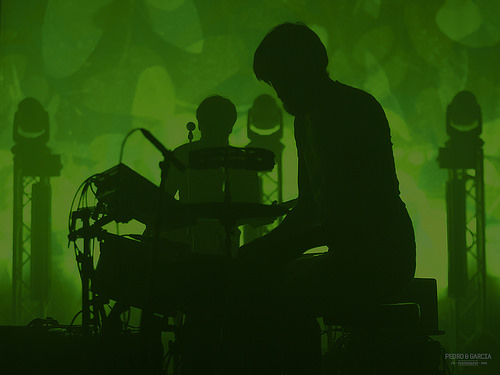 Further images from the show can be found on Flickr here. 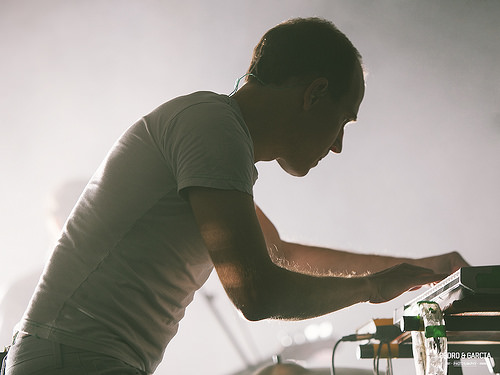 Caribou next play London over June 6 & 7 at Field Day & Parklife. 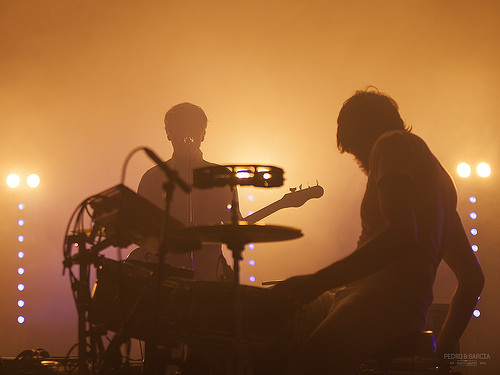 Our Love is available from amazon & iTunes. 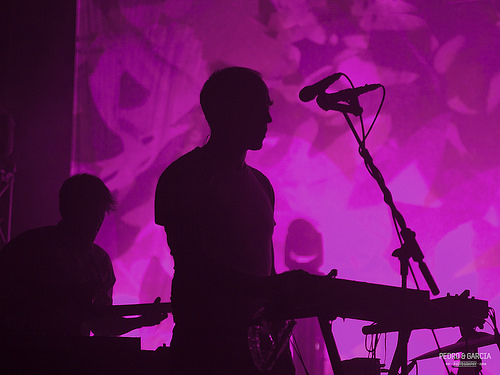