Oddly The Caves doesn't get a lot of gigs as far as I'm aware, outside of August when it's pressed into Fringe service. Then again my eye's not exactly on the ball so it could be hosting bands seven nights a week for all I know.

Either way it's a good sized venue with great acoustics so ideal for tonight's show. Which starts promptly at 20:00 and those latecomers who managed to miss the first half of support act Personal Trainer should be kicking themselves. An energetic septet fronted by a man equal parts Anton Newcombe, Shaun Ryder & Ian Curtis they throw everything into their performance, having seemingly raided their old school's musical department for such items as a trombone, cowbell & a well used vibraslap. And they deploy a megaphone every so often too.

Their keyboardist/trombonist resembles Napoleon Dynamite and gets himself into all sorts of contorted positions with the microphone as a he hollers his head off on backing vocal duties. I've seen no unknown act this good since being introduced to Squid back in January at Rockaway Beach. Unfortunately they don't get the riot on the dancefloor which their sound and it's speedy delivery deserves but full marks to them for not being phased and fingers crossed that they can capture that intensity when they get an album out. £20 for two 7"s at the end of the night seemed a bit steep though. 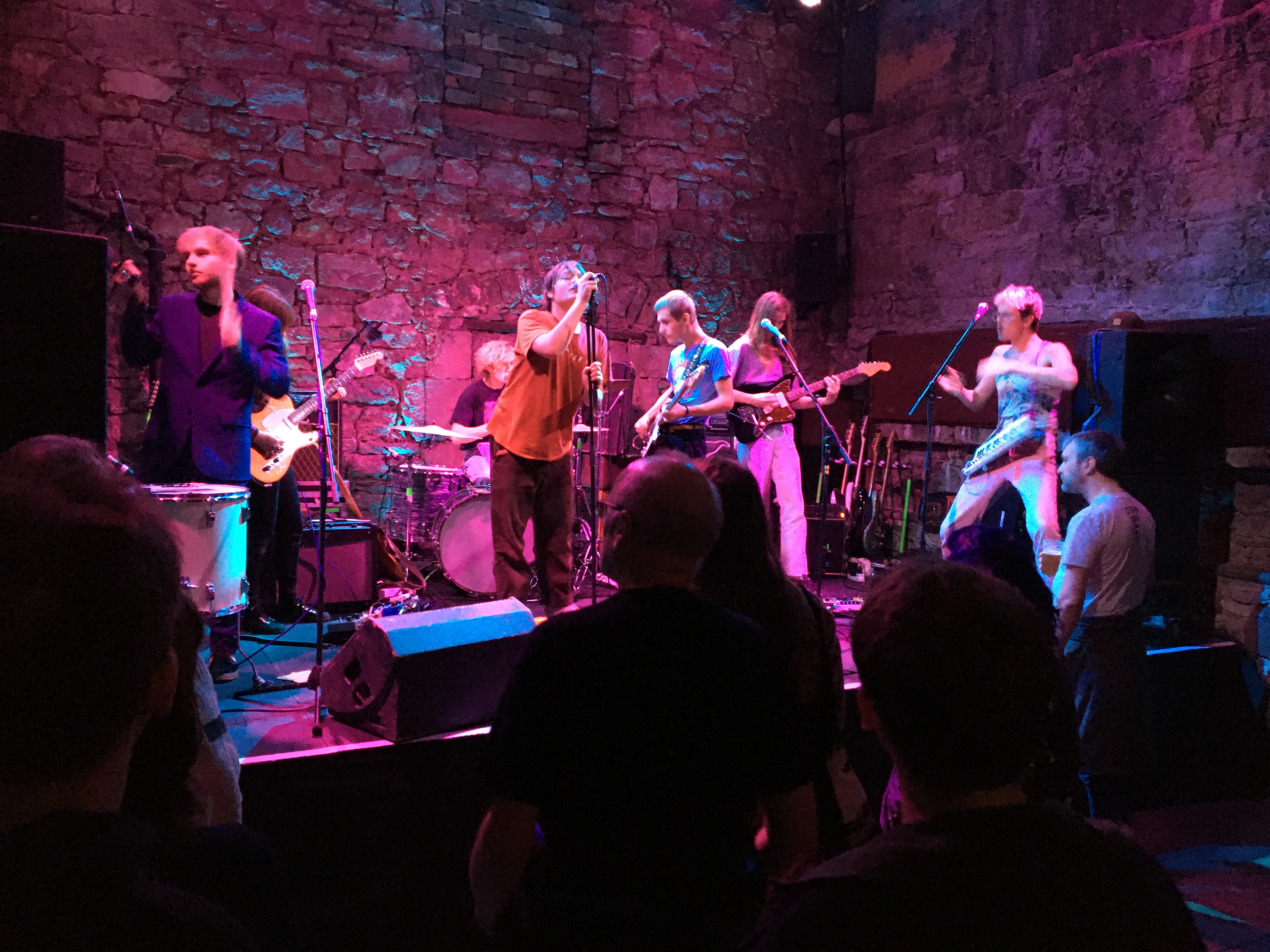 Given the support act's efforts on this double Dutch bill I for one thought Pip Blom had their work cut out for them when they took to the stage at 9pm and yet they very nearly pulled it off with a 12 (possibly 14) song set shorn of any fat and battered out far faster than on the likes of recent album Boat. Drummer Gini beats the shit out of her kit, looking close to having a seizure at any moment, breakthrough song 'School' comes and goes early in the set with no favouritism and breaks to say thanks for coming along are the briefest of moments.

Most of Personal Trainer make it into the crowd for the closing few numbers of the set and, around the time of 'Daddy Issues' being played, the central part of the audience finally develops into the pit which all 11 of those who've appeared on stage & given it their all so rightly deserve as just reward for their efforts. There's no encore but that's entirely fitting for the punk spirit (oddly offset by the incongruous jazz from various eras which was on before, between & after the bands) which was channeled via the politeness of The Netherlands.

The bands have another six dates to play in the UK over the coming week and you really want to make sure you catch them at it.