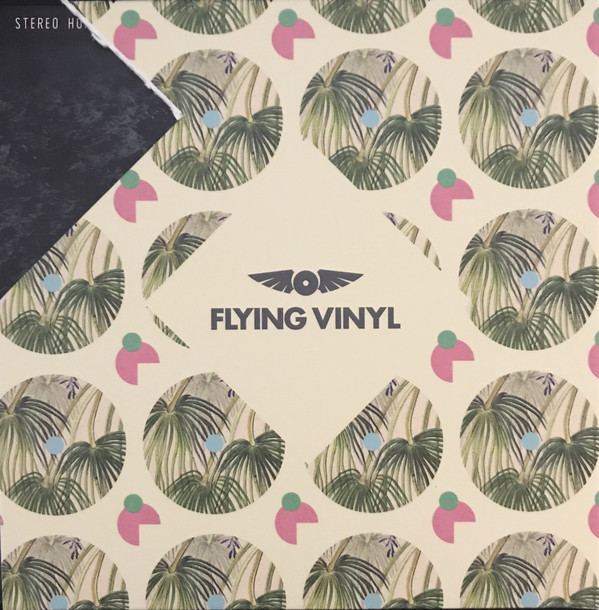 November 2017's selection from Flying Vinyl contains . As an aside there's been no interest shown in the discs from previous months which have made their way on to Discogs but it's early days yet.

Even before beginning to write the body of this I've opened a tab for Discogs as the Colouring disc ('Heathen' and 'White Whale') is so obviously not something I'll be listening to again on purpose. Their smooth '80s slightly jazzy pop sound is anathema. According to this month's booklet they supported the 1975 in North America in 2017 and that's another black mark by association with one of the worst named acts of the century. 'White Whale' offers up more of the same from the A side (the songs are interchangeable in their blandness). Unsurprisingly the valuation on Discogs is under £5 but I'll settle for that. By the looks of the band's website they've not been very busy since 2017.
Cosmo Sheldrake's the only one of the five acts this time around that I'd heard of prior to the parcel dropping through the letterbox. I think he's supposed to have a reputation as being a bit off the wall. 'Come Along' doesn't come across as something that'll be getting sung by the masses much in the future. Not good enough to have him mentioned in the same breath as Nick Drake or even Badly Drawn Boy. 'Mind Of Rocks' starts off with a female chorus at a pace which brings to mind pagan rituals. It goes a bit wonky too but it's not totally clear if that's to do with the pressing or deliberate. There's the possibility of a tenner being paid for it so I'd rather have that. Cosmo's website also doesn't show much recent activity but he does have a couple of gigs lined up for the summer.
Next up, on solid white vinyl, are The Ninth Wave. I've recently become aware of their existence and I'm sure someone I know suggested giving them a listen. 'Reformation' ticks a number of nostalgia boxes but not really for any style I was very into. I can't help thinking that they'll be less successful than Franz Ferdinand in their heyday and sink just as quickly. 'Heartfelt' has a faster pace than the A side but what I picture is Deacon Blue given a rock makeover. If someone wants to pay me a fiver for it they're welcome. Their site confirms they're alive & well with a small tour of the UK imminent.
So far we're three for three this time around. Given that Isaac Gracie apparently had help from BBC Introducing (so says the blurb) there's a good chance its kiss of death won't reverse the disposal trend.
And so it proves. Nice solid scarlet disc but yearning, drippy singing on 'All In My Mind' immediately have me switching it over to 'Reverie'. Which is better vocally but does the world need another "woe is me" tune? £20 on offer so that's four out of four getting listed. Isaac's still on the go though, with his first gig of the year scheduled for late in April.
Stereo Honey are immediately on a sticky (geddit?) wicket as a) there's too many bands around with honey in their name (and you don't really want your stereo anywhere near spreads) and b) they've opted for an acoustic B side. 'The Bay' comes to life when it hits the instrumental passage around halfway through and is the best song from this bunch of discs but still not one I feel a need to keep hold of. 'Angel', in the version presented here, doesn't grab me at all or give the impression that the original version would either. Whilst Discogs has no sales history (not usually a good sign) and only three people want it (but yet there are 15 selling it) I can apparently hope for the best part of £15 so that's a clean sweep. Spotify playlisting them and chatting with GQ seems to be keeping the band busy at the moment.
Rate this item
(0 votes)
Tagged under
Tweet