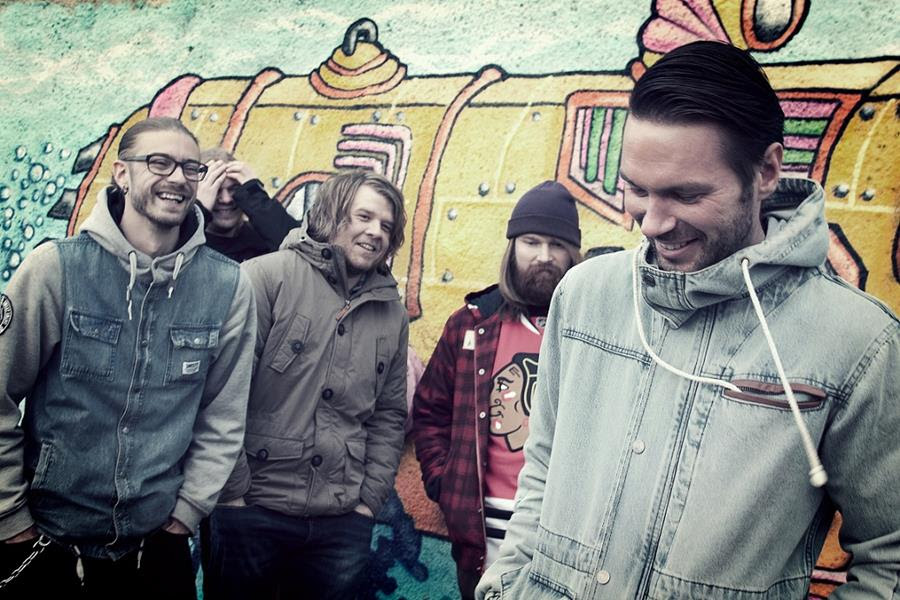 Ahead of the release of their third album, Varvara have released a new video for their latest single 'Warning Sign'.

The forthcoming album Death Defying Tricks was mixed by one of Sweden's Pelle Gunnerfeldt (The Hives, Refused, Fireside) and will be released on Friday November 4 via Haminian Sounds.

'Warning Sign' demonstrates a move forward from the band. On the video the band said:
"With the music video we wanted to underline the lyrics of the song that refer to getting tired of your routines and going to extremes to fix the daily pattern.

“The video goes for a real life look that focus on the emotions and thoughts the lead character goes through when he wakes up into a new day of ‘the same old same old’.

“To make it look natural and ‘first person’ we built a body rig for the actor to hold a phone right on his face using duct-tape, cardboard and a selfie stick. We shot it with one take.

“The result is quite the authentic first person shooter game with ‘man vs. reality’ setup...”

You can watch the video for ‘Warning Sign’ below: