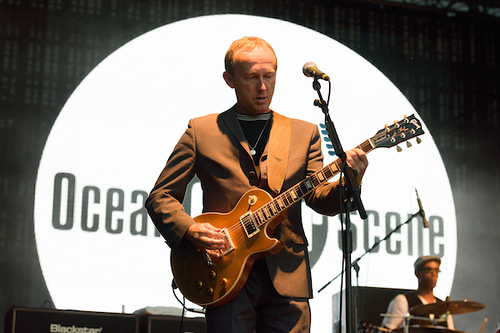 They’re a band whom many hold very close to their hearts and rightfully so, Ocean Colour Scene are currently triumphantly celebrating the twenty-year anniversary of their classic album Moseley Shoals. They’re doing it in style to with carefully curated outdoor shows and tonight is no different as they take over the huge Times Square in Newcastle with a plethora of bands both old and new in support. 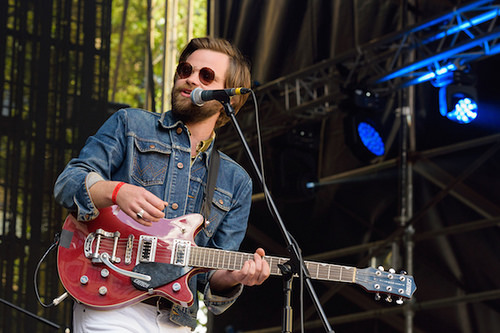 We arrive in time for Sunderland’s Hyde & Beast whose early set gets everyone excited with their upbeat sing-alongs, with the likes of 'Train To Nowhere' and 'Keep Moving' proving to be particular highlights. Their buoyant manner lifts the mood considerably; the band seem to be having equally as good a time as the crowd. However, you get the feeling that today isn’t about the new - the crowd are here for the nostalgia. 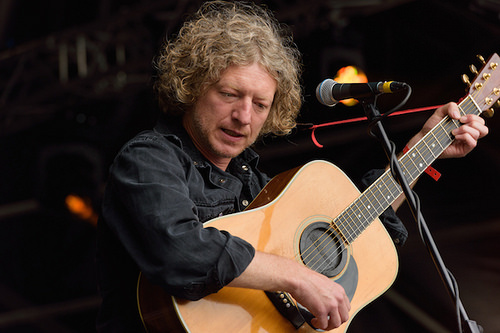 They get that in spades with John Power of Cast's hit-laden, hands in the air set as Times Square fills to capacity. The early evening sing-alongs come thick and fast. The nostalgia effect truly takes hold of the crowd; the likes of 'Walkaway' could be heard for miles around. 'Alright' invokes a similar reaction as Power effortlessly fires up the huge crowd, as the alcohol takes a grip of the audience things only seem to go from strength to strength. 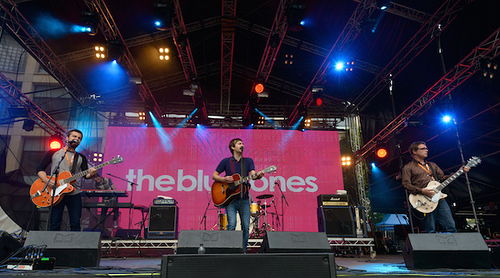 This boisterous crowd scream back every word at deafening volume making us thankful for ear plugs even in this outdoor space. If John Power fired the crowd up The Bluetones took everything to the next level, with front man Mark Morriss swaggering on to the stage before breaking into opener 'Cut Some Rug'. Morriss is full of bravado as he taunts the crowd but they respond in kind, arms aloft whilst once again excitedly singing everything back.

It is yet another packed set, the likes of 'Slight Return', 'Marblehead Johnson' and 'If…' all playing their part in yet another passionate and exciting set. There is a real excitement in the air this evening, every band is going above and beyond expectation, each raising the level and if Mark Morriss is full of enthusiasm, Rick Witter is on another planet.

Taking to the stage in spectacular fashion he wastes no time in turning everything up to eleven, his swagger is quite literally off the scale. Taunting the crowd in between songs he and Shed Seven put everything into their performance, 'Going For Gold', 'She Left Me On Friday' and 'High Hopes' all providing yet more memorable moments for the crowd. With the excitement almost reaching fever pitch the save the best until last with a rousing rendition of 'Chasing Rainbows', which again will undoubtedly have been heard for miles around. 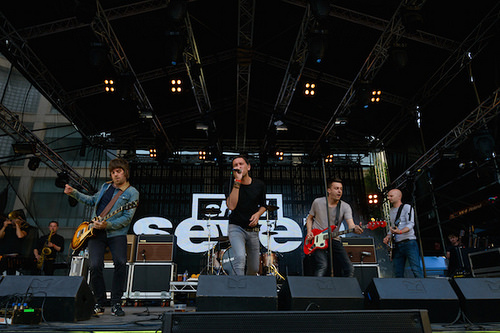 With the crowd now tightly packed in and the effects of the alcohol overwhelming many, this leery crowd begin to get restless with anticipation. It’s safe to say it’s been a long day and many haven’t coped all that well, the floors are overly sticky and the paths are littered with casualties. However, it is the turn of Ocean Colour Scene, the dapper foursome take to the stage to a rapturous reception from their adoring fans.

Opening up with a cover of The Beatles 'Day Tripper' it invokes yet another deafening sing along, which is quickly followed by arguably three of the band's biggest tracks in 'The Riverboat Song', 'The Day We Caught The Train' and 'The Circle'. Each one met with an astounding reception as drinks fly overhead and words are screamed back, these fervent tracks are what this crowd have been longing for all day. 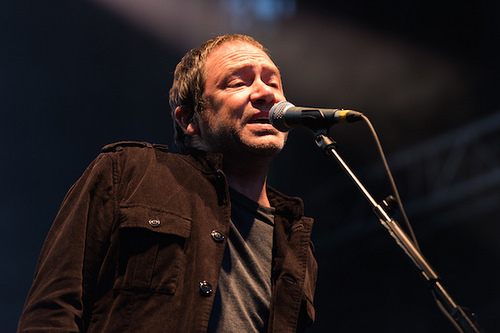 However, Ocean Colour Scene remain true to the album's original track listing, which appears to be this evening's downfall. Following the euphoria and unbridled excitement of the early part of the set there is a lull that seems to plague the middle part. This is such a shame as the band appear to be on top form. Yet it lacks the rousing excitement that was delivered by so many of the other bands today.

That said though they pick up the pace again in the latter part of their set with a selection of their other tracks from across their back catalogue and this revives the mood. It just feels like a true shame but at the same time we can see the reason for playing the set in this order, it still doesn’t take away the fact that on their day Ocean Colour Scene are still one of the greats of this genre and tonight in many ways they still prove that.

Further images from the show can be found here.