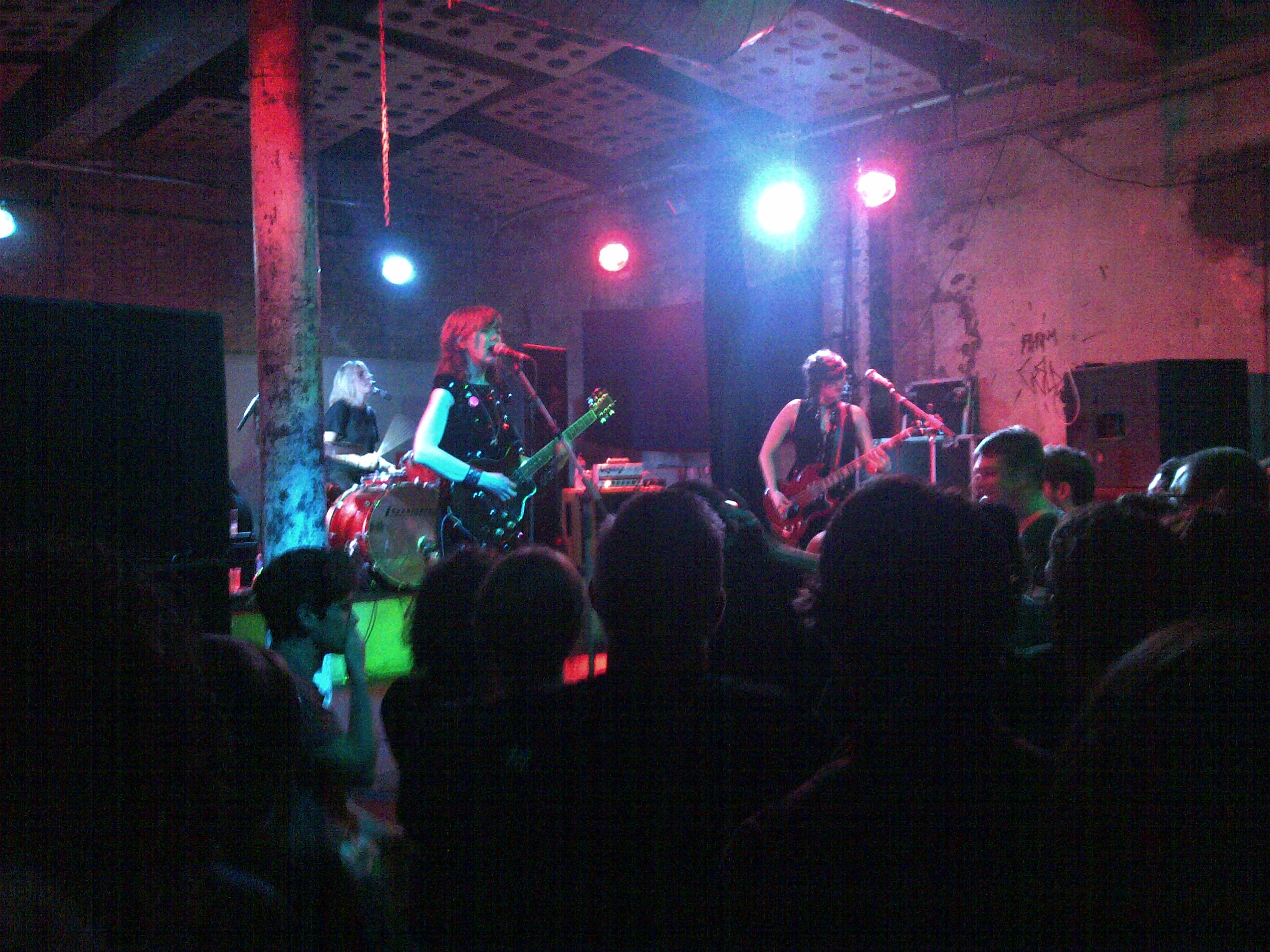 Seldom do I really look forward to a gig with as much expectation as twenty years ago. Jaded by age and experience no doubt. With Ex Hex's Rips being a firm favourite amongst last year's album releases, however, the chance to see the band in performance was a prospect that got the juices flowing like old times.

Add to that the fact that I'd somehow previously managed to never see a show in Stereo and the checking out of a new venue added an extra element to the night ahead. Turns out it's quite a sweatbox, enjoys good sound, only has one slightly unfortunately placed pillar and they like to get gigs on and off pretty swiftly.

With that said then Ex Hex were on stage not much shy of 9pm, getting lavish praise from the hipster fanboys at stage left and heading into all the good works from Rips - 'How You Got That Girl', 'War Paint', 'Everywhere' etc. In keeping with their '70s glam sound a cover of The Sweet's 'Fox On The Run' duly made it into the set later on.

Extended solos from each instrument and guitar duels were all part of the energetic performance but overall my expectations weren't met. No doubt I was expecting the songs to be smashed out at a pace slightly greater than on record but that wasn't the case on the night, which left things a bit ploddy for me by the end of the show. A paradox maybe but not one the bulk of the audience seemed to suffer so probably all good in that respect.

Touring support came from the Jacuzzi Boys who I'd been equally keen to see despite also having the option in a couple of weeks time at Le Guess Who? in Utrecht. They charged through 'Smells Dead', 'Seventeen', 'Strange Exchange', 'Mt. Sinai' and a shed load more, accomplished one of the coolest in-set cable reconnections I've seen on a stage and generally deserved a far better (i.e. dancing) reaction than the enthusiastic but polite rounds of applause the audience doled out. On this evidence they're a must-see in Holland.