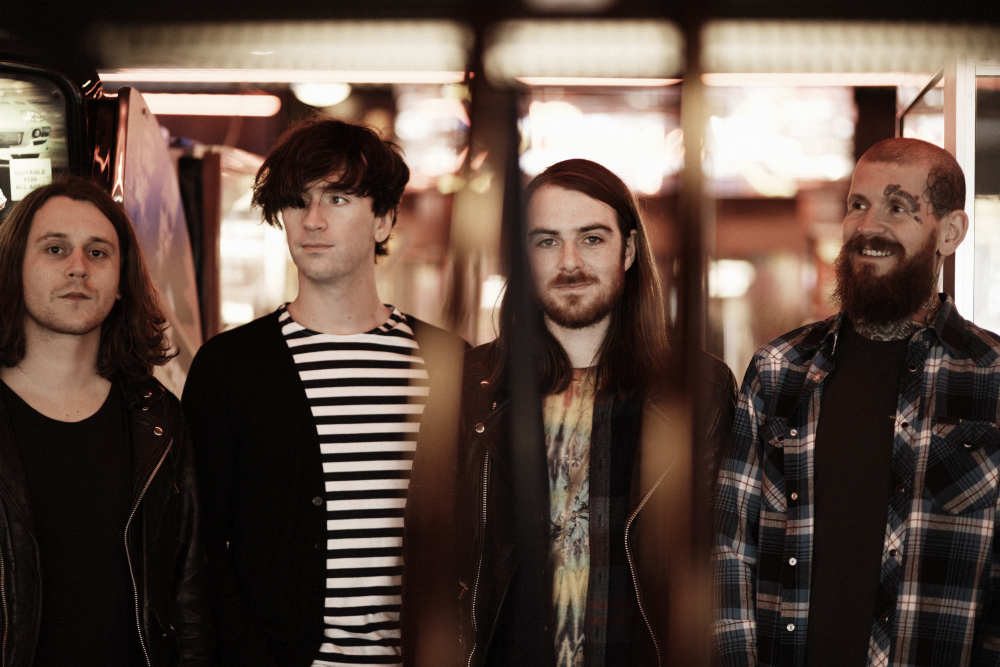 It's only a matter of weeks before Pulled Apart By Horses head out on their UK headline tour, so they have revealed another horror-flick video to accompany their latest single 'Medium Rare'.

The pole-dancing Grim Reaper concept was plucked from the minds of band members Tom Hudson and Rob Lee and actualized by Luke Bather from Manchester-based production company Plastic Zoo. You can watch the video now via YouTube.

'Medium Rare' is the third single to be taken from new album Blood and will be released on Monday November 17 via Sony/RED.

Guitarist James Brown commented: “'Medium Rare' was the final track written for 'Blood' and the majority of the song was written in the studio. It seems to be a live favourite at the moment and kind of made sense to be released as a single. It’s downright sleaze that has been cooked to personal preference.”

Tickets are on sale now for the headline tour priced £12 (£14 in London) here.

More in this category: « Ariel Pink Releases New Video For 'Picture Me Gone' The Dunwells Announce 2015 UK Tour »
Login to post comments
back to top