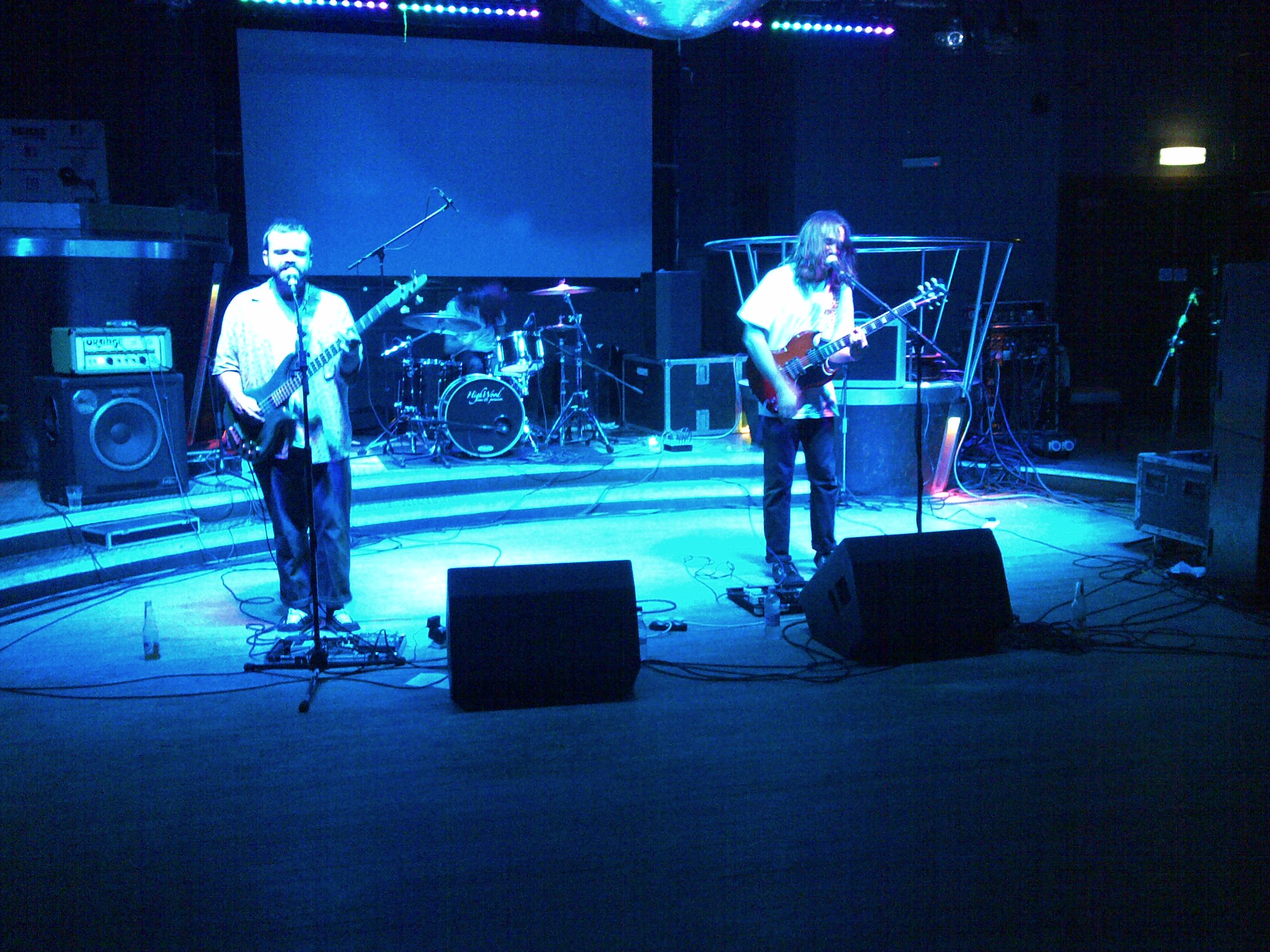 A couple of months later than normal, due to the opening of the Unity Works venue and it being a sensible idea to make use of the place's great facilities as the showpiece venue of the event, Wakefield once more played host to Long Division over the weekend of September 12 - 14.  Our reporting here is limited to the performances on Saturday the 13th as we were unable to get a writer in to see The Cribs play on the previous day - a welcome sign of the festival's growing popularity (as was the fact of there being a fringe event on the same day at The Hop. Fawn Spots put in a good show at that).

Graziers (one of the event's other new venues this time around) was our first point of call for some good loud, local indie rock delivered al fresco by Alpha Shallows. Later in the evening Knuckles were on in the same marquee, managing to keep the guitar & drums duo thing interesting with some ribald banter along with their full-on sound characterised by the likes of 'Ejector Seat' and 'Dirty Pearls'.

Warehouse 23, scene of last June's Fall performance in temperatures of sauna proportions, didn't get a lot of attention from us this time around but we caught the opening couple of numbers by local rockers Gunnarson, who have an element of the Hellacopters about them, albeit with less convincing vocals.

Gruff Rhys was the first act we took in at the Unity Works, midway through the afternoon. Concentrating solely on his current American Interior work his set was unfortunately affected by early technical issues and despite some funny banter the audience were clearly less than fully engaged with the overall performance or the core idea behind the journeys that inspired it. Patterns, ILikeTrains, TOY, headliners The Wedding Present and then Islet made up the other acts that we took in either in the venue's excellent main hall or in it's smaller performance space on the top floor.

Of those we were probably too tired to properly enjoy Islet in their post-23:00 slot but they did enough to make it clear that seeing them again in the future is a good idea. Patterns were enjoyably melodic and clean-cut whilst ILikeTrains didn't come over as I'd expected from their records but were a good watch with probably the best light show of the day. TOY also pulled off a good, in your face, performance for which the bulk of the audience were unjustifiably static. As headliners The Wedding Present didn't fail to pepper their set with the requisite number of old favourites ('My Favourite Dress' etc.) as well as brand new song 'Secretary' which got its first live outing.

Act of the day for me though were Theo Verney, playing in the odd location of 'posh' nightclub Panama and separated from the audience by a distance of at least 8 feet before a line of crash barriers provided something to lean on. Witnessed by a tiny crowd that can be happy they made the decision to wander along the trio belted out their set as if their lives depended on it. Personable lads they were clearly amused at the levels of security in place to protect them from the baying horde and also the Death Star-like mirror ball that was (uselessly) suspended above them. Both Theo Verney & Islet will be on at the Liverpool Psych Fest this coming weekend so a re-visit with both is definitely on my to do list.