Recommended by a friend of a friend, and preceded by several listens to most recent record Instigator, I always felt like I should be more acquainted with the music of Kevin Devine. Accompanied by The Goddamn Band, his latest performance in Glasgow confirmed that suspicion beyond any doubt.

Whilst the enjoyment of bands such as Modern Baseball has always been the taste of my companion for the night more than myself, the hints of bands such as The Xcerts and Manchester Orchestra are more than welcome to my ears, with all three of those artists sharing musical ancestry with Mr Devine & Friends. Additionally, the undeniable vein of political discontent running through the performance was particularly enthralling for me, although it didn't seem to spark a tangible fire in the audience, rendering the night "deceptively political" at best.

As a relative newcomer to The Main Man, the night's expansive 21 track set was a whirlwind tour of Devine's craft. From the solemn and solo opening of 'Ballgame' to the frenetic run from 'I Could Be With Anyone' through 'No History' via 'Bubblegum' and others, the tracks just kept coming, and they were all delivered as if additional pieces on the way to completing a perfect jigsaw image of the night's musical landscape. Aside from the opener, a rendition of Bad Books' 'It Never Stops' and closer 'I Was Alive Back Then' provided respite and downbeat touchstones throughout the energetic onslaught of track after track after track. Most notably, the penultimate track and evident crowd favourite 'Brother's Blood' was delivered with jarring emotive power as Devine stepped back from the microphone to allow his impassioned delivery to blend with the crowd's, with hair-raising results.

Littered between the emotional peaks and troughs of the vast list of songs was endearing and genuine thanks and crowd interaction. From discussing previous visits to the city, and attempting to remember venue names, to telling confessions about song inspirations (namely how the likes of 'No Time Flat' and 'Nobel Prize' remain relevant in this time of political turmoil), Devine was nothing short of absolutely lovely throughout.

Ultimately, having watched in awe at the outpouring of music and emotion, my familiarity with this artist has been drastically increased, and will no doubt expand in future weeks as I explore the darkest depths of his back catalogue online. Aside from holding some deeper internal revelation about the rediscovering the beauty of new music, the show was simply thoroughly enjoyable, and I look forward to considering myself a fan of Kevin Devine from February 1st 2017 onwards. 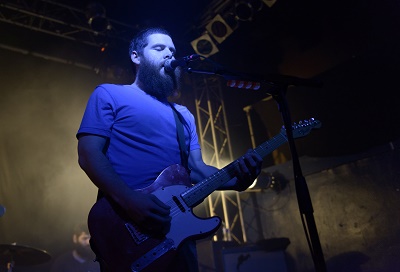 Tonight we're here at the Ritz in Manchester for well- established indie rockers Manchester Orchestra. They’ve been touring their arses off in support of their latest album Cope and its subsequent acoustic iteration, Hope; the receptions their live shows have been recently receiving, proving their hard work is paying off.

At first glance the venue doesn't appear as full as we expect, but there's still a sizeable crowd. With the band previously touring earlier in the year it isn't all that surprising they haven't filled the venue, but tonight still proves they have some core fans in the city. Before they take to the stage however, we've the pleasure of Kevin Devine, complete with his full band, though they do have to borrow Manchester’s Orchestra's bass player for a reason we still don’t quite know? But all the same they play a great set, if at times sounding a little samey with minimal crowd interaction. One thing we would mention was their choice of finisher, their whole set was full of energy and pace but towards the end the last few songs dropped off and become a bore for us, and from my observation, everyone else too.

With the support over it's time for Manchester Orchestra who come to the stage locked and loaded with the meaty riff of 'Pride' shredding us to the very core. They instantly grab our attention from the word go. A few crowd-pleasing oldies in, they began reeling off with their latest singles, including 'Every Stone' and 'The Ocean'. These tracks may only have been out a few months but trust me this crowd knows every single word. There's unfortunately a moment at the start of “I Can Barely Breath” in which the crowd were somewhat rude, as the song's played acoustic, and Andy Hull's vocals were lost buried under all the chit chat of the crowd. 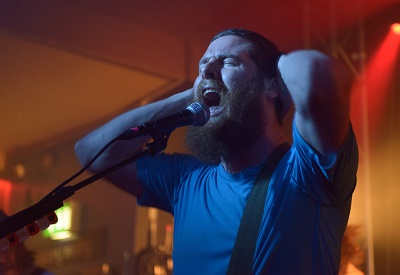 After that solitary sour note, the rest of the set continues to twist and change with a good mix between acoustic and powering riffs. By the end we're truly left stunned at such an awesome set. The sound's been brilliant all night and Andy’s vocals spot on. Despite the new album not doing brilliantly with critics and fans alike, their newer material mixes perfectly tonight, showing a band at their strongest and preparing to take over the world. If you thought that wasn’t enough then their encore is the cherry on the top; an acoustic cover of the “Fresh Prince of Bel Air” which was just sublime, played with supporting artist Kevine Devine back on stage for added vocal harmonies. It was fresh and inventive not to mention nostalgic and a perfect way to end a near perfect night.

All in all it was a real shame it wasn’t sold out, as those in that venue witnessed one of those rare sets. Those sets where the sound is bang on, the band are loving it and everyone's locked in and note-perfect. It showcased exactly why these guys are where they are, and you should go and catch them on this tour before it’s too late.