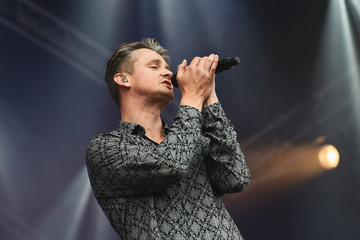 Tom Chaplin has revealed he will be playing 8 intimate shows across the UK this October.
Playing in cities like Brightons, Leeds, Manchester and Glasgow before finishing up in London at the Islington Assembly Hall on Monday October 31s These eagerly anticipated shows are Tom’s first in almost four years.
The Keane singer has assembled an incredible array of musicians, who are all multi-instrumentalists, able to switch what they play as the richly layered songs demand. His band features MD, drummer and programmer Sebastian Sternberg; Rosie Langley on violin, synths and guitar; classically trained pianist and violinist Tobie Tripp; and Beau Holland on guitar, synths and piano.

The festival will take place on Saturday October 8 in Glasgow across various venues and is one ticket to over 12 hours of live music across nine venues, featuring over 50 bands and DJs.

Speaking about the new announcement, TTV CEO and Festival Organiser Chae Houston said: “This year’s Tenement TV is really heating up, it’s so exciting for the team to see a line-up come together like this.

“There’s a real mix of touring bands, alongside established and well-loved local acts.

“Then there’s the up-and-coming acts that TT16 gives a platform to.

“You could easily discover the next big thing at this year’s festival and that’s what we’re all about.”

Tickets are available to buy here.

Check out the line-up announcment video below: