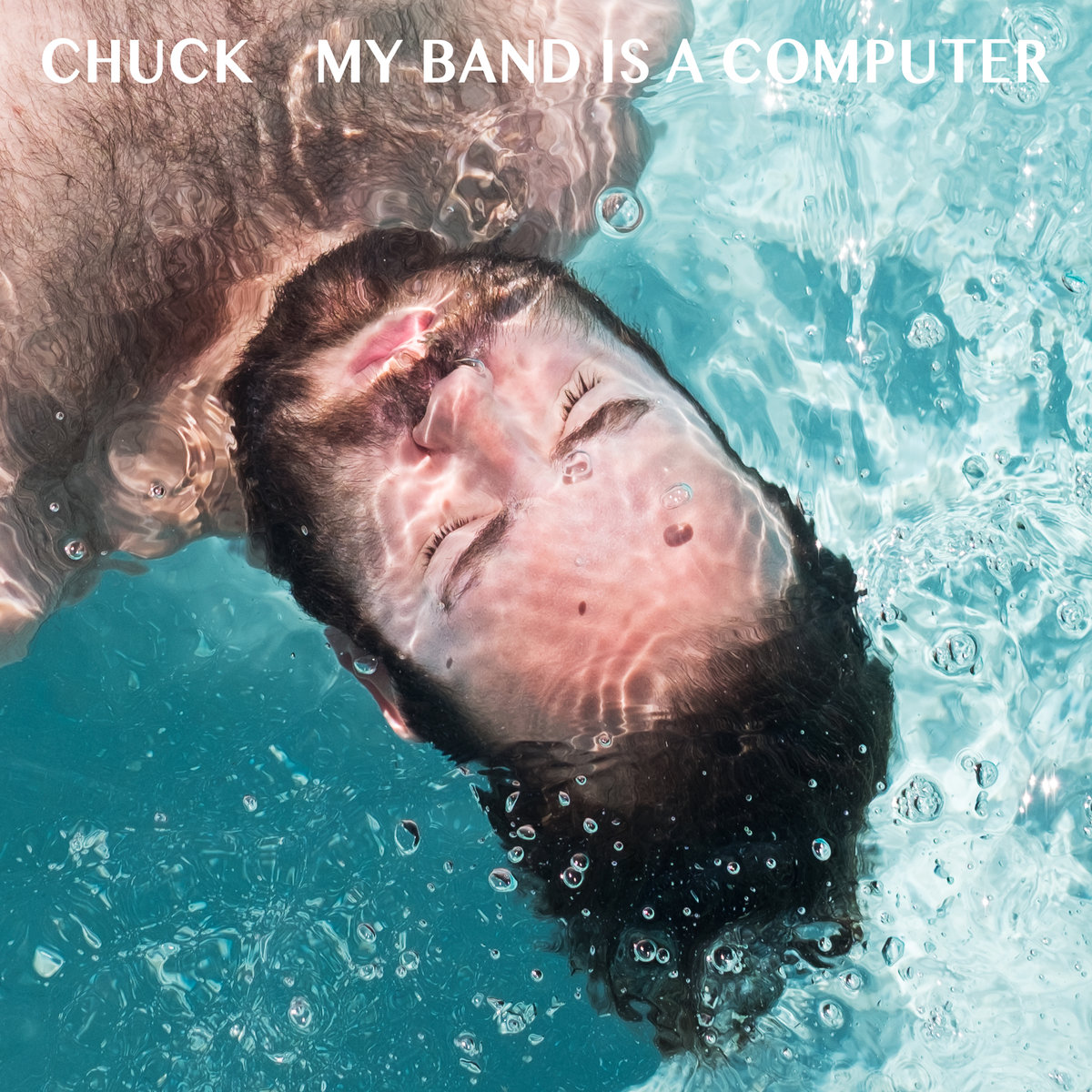 My Band Is A Computer is the debut album from New York City based singer-songwriter Charles Griffin Gibson AKA Chuck. Gibson is a multi-instrumentalist who has been releasing his bedroom recordings online for about five years. This is a thirteen track compilation of his best works, remastered for release by Audio Antihero subsidiary, Old Money Records. Chuck’s self-produced, jangly shambles is a mix of the lo-fi aesthetic of So Cow and the world weary insight of Big Monster Love.

Gibson started making electronic music in high school before his mother bought him an acoustic guitar. The quirky electronica and indie-pop sounds have endured and the guitars come in layers but the most prominent aspect of Chuck is Gibson’s voice. His vocals could be a deal-breaker for many listeners. Their high, nasal quality can sound whiny like an uncertain Wheatus, but the same weakness lends fragility and emotion to the songs. The inexpertly recorded tunes are in the vein of Daniel Johnston and Jonathan Richman, and fans of that aesthetic will find much to admire on My Band Is A Computer.

The album starts with ‘Happy New Year Babe’ sounding like a lo-fi Flaming Lips while ‘The Internet’ has a Moldy Peaches feel. ‘Bushwick Girl’ is the most complete song on the album. The structure is pure pop and the chorus soars. Longer tracks like ‘Phoebe’s Lips’ and ‘Let’s Make Out’ get repetitive. With some tracks over six minutes long, it is overkill for a performer of this milieu. Gibson’s musical style isn’t suited to epic songs.

‘Death’ is a highlight with a mid-tempo sway that builds over the course of the song and a memorable vocal melody. ‘Wipe Out’ sees out a strong finish to the album but you can’t escape the feeling that this would have made a far stronger EP. The better tunes are saved for the end and by that point many will already have stopped listening. But if the last few tracks are an indication of Chuck’s latter work then the next release will surely be more coherent.

My Band Is a Computer may not be for everyone but Gibson’s homemade, idiosyncratic, bockety pop has found an audience across the world. With the instruments going in and out of time, and falling all over each other in the mix, Chuck sounds childlike and primitive. Perhaps a bit Hipster-y. Maybe both. Check out his bandcamp page and see for yourself.