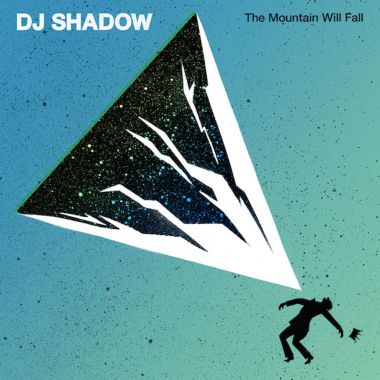 "Hold up, hold up, before we get started/ Guess who's coming, it’s DJ Shadow, back again".

The Godfather of turntablism and instrumental hip hop is back after a five year wait. Always looking to explore new frontiers The Mountain Will Fail is DJ Shadow's new album which features twelve new tracks.

First up is the title track and first release from the album. ‘The Mountain Will Fall’ is a large orchestral sound complete with sweeping, swirling synths with Shadow’s own down tempo beats added. It announces his arrival and sets the tone for the entire album.

‘Nobody Speak’ featuring hip hop artists Run the Jewels is a straight up hip hop track with added Shadow magic. This is the first of many collaboration on this album. Flowing lyrics meet samples of Spanish guitar and moody synths in a perfectly balanced track.

‘Three Ralphs’ is a throwback to Shadow’s previous work with deep basslines and perfectly enhanced samples matched with more moody downbeats.  ‘Bergschrund’ features a collaboration with German composure Nils Frahm. This sees Shadow explore his ability to create soundscapes via a growling beat driven environment. Akin to a Kraftwerk sound in places, this is clearly a move away from a straight hip hop producer that some of his previous work has been. As if to show us he has not lost touch with his roots up next is,  ‘The Sideshow’ this replicates the work he did with ‘Cut Chemist’ and delivers a full on scratch lesson with MC Ernie Fresh adding the lyrics in a wonderful welcome return to form.

Shadow, real name Josh Davis will never escape the impact that his ground breaking Endtroducing album had. However he is clearly moving towards collaborations and creating cinematic soundscapes pieces. Not that he can’t deliver kick ass tracks as he does in ‘Depth Charge’ or ‘Mambo’ both display his ability to create complex beat patterns with ridiculous bass that shakes the shells of your ears and rattles your soul.

Matthew Halsall is the latest to assist with this album. Normally a jazz composer and trumpet player he slows down the album for a well needed break from the onslaught of beats in the track ‘Ashes to Oceans’ yet even this has an itchy jazz rhythm which keeps the head nodding. This feeds perfectly into the wonderfully named ‘Pitter Patter’ with the equally wonderfully named G Jones & Bleep Bloop. Having previous worked with Shadow the duo produce a haunting sweeping track full of interesting sounds and bleeps.  This is continued in the huge array of beats and rhythm in ‘California’ the tempo shifts seemingly at will as if Shadow wants to unwinds our minds yet then shows that he is not quite finished with us yet. As proven in ‘Ghost Town’ is a beat frenzy that swirls and pounds our ears yet at the same time delivers subtle samples.

This is a wonderful return to his best. Shadow’s ability to explore new worlds include samples and soundscapes see him shift toward his own composition as well as explore an experimentation of beats and textures that include live instruments including horns, strings and woodwinds. We hope he continues to explore and provide our ears with ground breaking sounds for another 25 years.

The Mountain Will Fall is available via Amazon & iTunes.

More in this category: « Let’s Eat Grandma – I, Gemini Alborosie – Freedom And Fyah »
Login to post comments
back to top