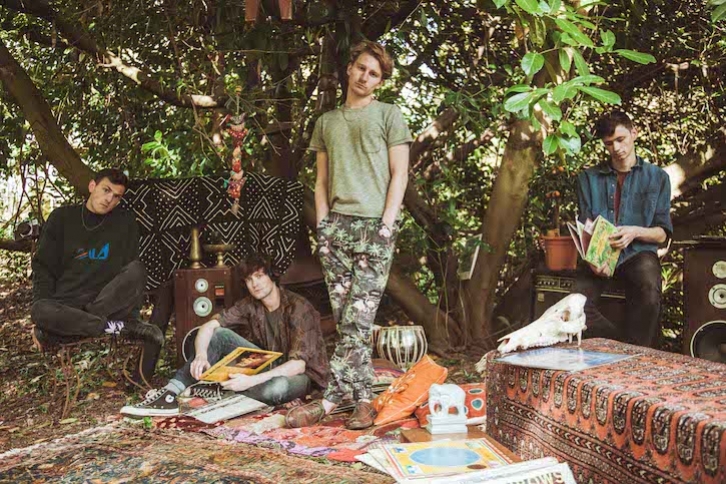 With their debut album ZABA released today via Wolf Tone/Caroline International, Glass Animals have unveiled a remix of current single 'Pools’ from Warp’s Jackson & His Computerband.

The album was recorded at Wolf Tone Studios in London, and produced by frontman Dave Bayley under executive production of Paul Epworth. The 11 track record features ‘Pools’, recent single ‘Gooey' and a reworking of previous limited EP release, 'Black Mambo'.

Glass Animals will also be hitting the road from Friday (June 13) for a handful of headline shows including a now sold-out show at London’s Meltdown Festival on Wednesday June 18 and an in-store at Rough Trade East at 1pm on the Friday June 13. As well as that, they will be performing at a host of Summer festivals including Latitude and Bestival.

You can check out the 'Pools' remix now on Soundcloud.

With only three months to go, Reverence Festival have announced another round of acts to join the likeof Hawkwind, Electric Wizard and Red Fang. Joining them on stage this September will be Dreamweapon, François Sky & Guests, 10000 Russos and the first DJ's confirmed, Nuno Calado and Tiago Castro and many more.

Taking place in Valada, Portugal on Friday 12 and Saturday 13 of September, Reverence  celebrates the best in psych, stoner, shoegaze, doom, prog, garage and beyond, with some sixty bands playing over two days on four stages, including the hugely influential spacerock titans Hawkwind - performing in Portugal for the very first time.

Other additions to the line up include Brooklyn shoegaze pysch band A Place to Bury Strangers, The Black Angels's guitarist Christian Bland & the Revelators and Holy Wave.

For more information and tickets go to the Reverence Festival website.