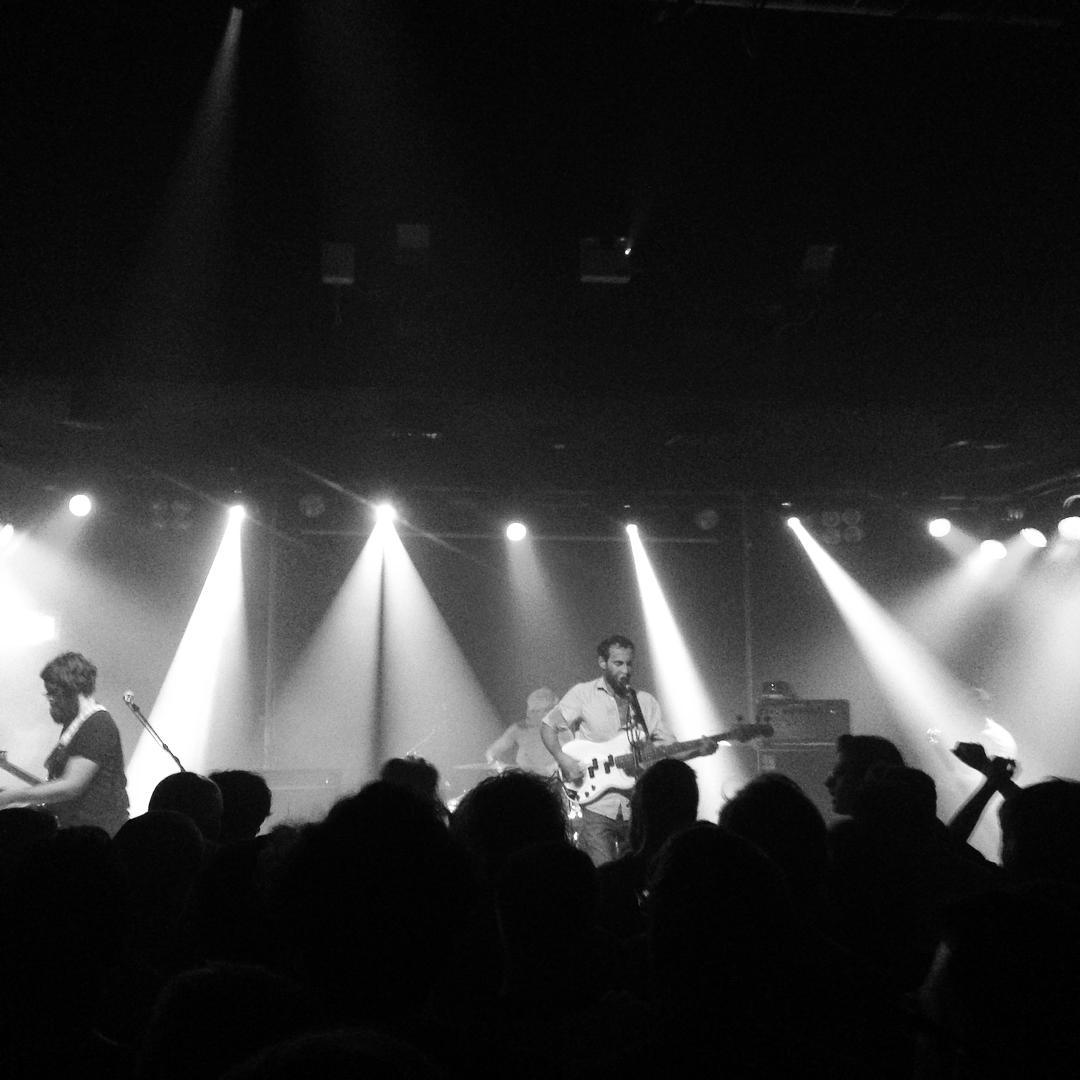 On a wet Wednesday night, the Scala’s small stage was graced by moody Canadian art-rockers Viet Cong. Their set was brief, but it was explosive.

After a short greeting, they were off, playing a 7 track, 50 minute set with great urgency. There was little interaction, so it was the pace between tracks which fed into the crowd’s excitement, but ultimately the connection between the band and the audience suffered.

Launching into the energetic first two tracks of 2014’s Cassette, ‘Throw it away’ and ‘Unconscious Melody’, the snapping drums cut through the fuzz of their distorted guitars and synths to create a clever and animated sound. From here they ventured through 2015’s self-titled release with an impressive tightness, playing stand-out tracks ‘Continental Shelf’, ‘Silhouettes’ and ‘Bunker Buster.’ The sound was complex, but not overstated. The mood was intense, with prolonged inter-song instrumentals drawing a frenzied build up, tantalising before releasing with a snap.

Viet Cong were certainly growing into the gig; crowd surfers caught their first wave and the pit grew livelier to chants of “Viet Cong!” as they finished on ‘Death’ and left the stage. Ringing distortion captured the buzz in the crowd for an encore, so when the lights came on and the amps were turned off, it was a let-down. Similar to foreplay being followed by a ‘headache’, it felt like Viet Cong had bowed out too soon.

Not giving an encore is fine in itself, but with a short runtime it felt like Viet Cong had a hangover of ‘small gig’ mentality, which didn’t quite match an increasingly dedicated fan base, the £15 ticket price, or the more reputable venue.

Viet Cong are a really tight live outfit, packing some pulsating tracks and brilliant live technique. They just need to see off the job.