With a diverse array of acts on offer at Live at Leeds, it goes without saying that you're not going to see everyone you want to. Like any good festival, clashes are inevitable, and with the mad cross-city dash between some of the venues, you might even find yourself missing the end of one band in order to catch the start of another. Such is life however, and whilst there's a plethora of acts on offer, we've put together ten which will be well worth your time checking out. 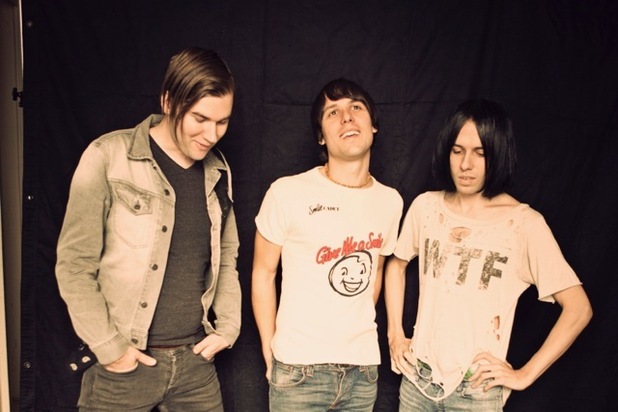 Having only seen The Cribs live for the first time earlier this year, I was pretty gutted thinking back to how many times I'd passed up the opportunity to see them previously. Not any more. Whilst many of their mid-'00s peers have split, and those who haven't desperately cling to relevance, The Cribs have constantly impressed with each and every record, possessing an urgency that doesn't just transfer over to their live shows, but is increased tenfold by them. You couldn't have asked for a better headliner.

With all the media attention that's on Russia at the moment, it's important to remember the art and culture the country still continues to give us, and Pinkshinyultrablast should serve as the perfect reminder. With nothing in the way of politics in their music, the St Petersberg based quartet offer up pure glacial shoegaze for the escapist in all of us. Their debut album Everything Else Matters was a masterclass in encompassing electronics and ephemeral vocals. I can't wait to see them live.

Weirdos of the moment, Slaves, are a duo from Kent, who are both massively noisey and harbour a preoccupation for, erm, biscuits. Having supported Jamie T around the UK last year, and taken the coveted opening spot on this year's NME tour, it seems Slaves are well on their way to becoming household names. And if their irreverent humour and anarchic noise are anything to go by, their live show will be something really special.

Clattering indie-pop from Cardiff now, Joanna Gruesome certainly aren't as heavy as some of the other bands that make the list, but their syrupy twee isn't without its own, sour bite. Having supported the likes of Los Campesinos! and released splits with Trust Fund and Perfect Pussy, the band's brand of twee is well-suited to a city known for its love of the genre. Expect a energetic set of sugary indie-pop at Leeds Beckett SU. 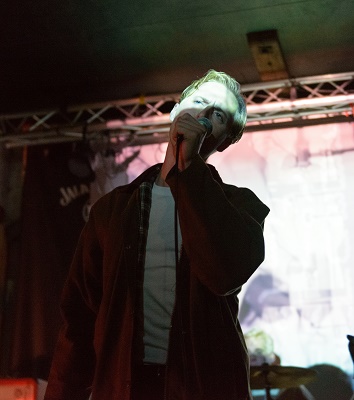 In what promises to be one of the most punishing yet rewarding sets of the day, home-town heroes Eagulls will be tearing Leeds a new one; their blend of claustrophobic post-punk and untapped hardcore aggression providing a cathartic end to the days antics, should your body need an aural cleansing. An almost masochistic alternative headliner to The Cribs, you can be sure that you'll wake up with a few bruises, should you chose to be part of the carnage.

Whilst Menace Beach are, by some, considered to be a super-group of sorts, they're more accurately described as the embodiment of Leeds' music scene in its entirety. Though the band features a revolving line-up, it has, in the past, featured the likes of the ubiquitous MJ of Hookworms fame, as well as members of Pulled Apart By Horses and Sky Larkin. With their debut album Ratworld released earlier this year, not to mention their reputation as bastions of the city's scene, you can bet that their already incendiary live shows will be packing an extra punch that weekend.

Emerging around a similar time to the inescapable Mumford and Sons, Dry The River offer up semi-acoustic bucoliscim in the form of impassioned, though often somewhat moribund folk music. Cathartic in its sense of human understanding, but ultimately not the most upbeat folk on offer, expect a set of fraught, tangible emotion, and a brief but albeit welcome change from the frivolity.

Yet another band on home territory, Hookworms promise to pull one of the biggest crowds of the day; their blend of neo-psych and garage rock offering a mind-bending conclusion to the day's festivities. With their third album The Hum allowing the band's popularity to mount late last year, helping them find as much a commercial footing as possible, those who choose to see the evening out in true psychedelic style will be in safe in the knowledge that they'll be doing so with people with as little regard for their cerebellum as themselves.

One of the more up-and-coming acts on this year's bill, but no less worthy of note. Leeds' Forever Cult are part of the Clue Records family and are set to set the UK on and if their 2014 was anything to go by. Fusing together scuzzy grunge with slight psych and metal tendencies, they're a band who lean to the heaver end of the spectrum without a doubt, unsurprising given their LS postcode. Well worth keeping an eye on the though, and one can assume they'll take to the stage relatively early, allowing you to still catch those bigger names later.

Local but not quite home-grown, Halifax indie-poppers The Orielles channel the spirit of '60s girl-groups and C86 indie in an amalgamation of sugary pop harmonies and twee-pop jangles. It's familiar stuff, but that makes it no less impressive. In fact, what makes the band all the more impressive is the relatively young ages of the trio, who's collective age probably isn't far from forty. Another band who'll probably grace their stage early on, be sure to check them out before those later acts.