Roisin Murphy has been a household name for quite some time, from her '90s stint as part of Moloko to her two solo albums in the noughts. Her first album in eight (!) years is the incredulously titled Hairless Toys (which brings me back to nothing anyone has ever wanted to talk about, ever), and is as far removed from her well-received Overpowered in style as it is in time. Overpowered was filled to the brim with “songs”, and where that album took her version of glittery, shiny, accessible (yet somehow apathetic) disco to pop radio, Hairless Toys moves it to the dark, seedy,hidden-thus-more-inaccessible club side of it. This results in an album that is more experimental, but has perhaps less wide an appeal than her previous LP did.

Just looking at the tracklist gives you a clue as to how far removed this is from “pop radio”, which her last album at least rubbed shoulders with. There is only one song that clocks in under the five minute mark, and that is counterbalanced by a nine minute behemoth called ‘Exploitation’. Next to that one you have songs called ‘Evil Eyes’, ‘Uninvited Guest’, ‘Exile’, and ‘Hairless Toys (Gotta Hurt)’, none of which will soundtrack a feel good rom-com anytime soon. The first track, ‘Gone Fishing’, is inspired by the cult documentary Paris Is Burning, which, if you’d try to teach American subcultures with that, might just land you in jail in some countries. The sheepskin has been shed, and the wolf has decided to only come out when just the freaks are still around.

The first batch of tracks come closest to the House scene it is inspired by, with ‘Gone Fishing’ having some percussion (though too slow to really be dancefloor material) to underscore the narration of building an alternative family for the outcasts, like the houses of the ballroom scene documented by Paris Is Burning did. What is striking is the way Murphy uses her voice, not in the pop diva way as on Overpowered at all. The amount of genres it references is notable as well. Yes, there is the bass and percussion, but also the warpy sounds of more experimental electro genres, and there’s a recurring jazzy guitar and bass as well. Not to mention the song specific sounds, like the funk and sad horns in ‘Evil Eyes’, the trippy electro in ‘Exploitation’ with it’s lengthy instrumental outro (not the most inviting one at that), or the hoodoo barbershop quartet in ‘Uninvited Guest’.

The B side of this LP features less of the funk of side A, starting off with the sad, almost country tinged ‘Exiled’ (down to the delivery of the vocals, which say that she feels “vanished from your love”). ‘House of Glass’ has a thuddy beat to start with, though jazz sounds come in later to help the talky vocals of Murphy, going with bass and a guitar riff as it ups the pace later on. ‘Hairless Toys (Gotta Hurt)’ features a piano to which one could do a ballet/modern dance to, with Murphy’s whispery vocals saying that “there were injustices, along the way”. ‘Unputdownable’ is the album’s closer, starting almost fairy-tale Disney like with those sounds (which is it’s very intent, I’m sure). That song has two parts where she steps away from that feel, almost exemplifying the album’s B-side as a whole: eclectic, but definitely with a purpose behind it all.

The first four songs have in common that they are all related, somewhat, to aspects of dance, without being aimed for the dancefloor. The second part of the LP is more varied in terms of style. Constants, though, are elements of multiple genres floating around, the non-pop use of Murphy’s voice (more narrative and/or rhythmic), and the themes. Running away from the synth-pop and R&B feel of her previous album, Murphy’s fusion of elements only reinforces the theme of not quite belonging anywhere. Via its variety she builds an intriguing-yet-grotesque house for the exiled, uninvited, and exploited. Yet, she might turn off some (many?) along the way as well, as, for instance, the instrumental outro of ‘Exploitation’ will test quite a few people’s patience. Giving it a go on a streaming service might never have been as useful as here, as the album as a whole might be too out there for people who primarily enjoy Murphy’s more accessible output. 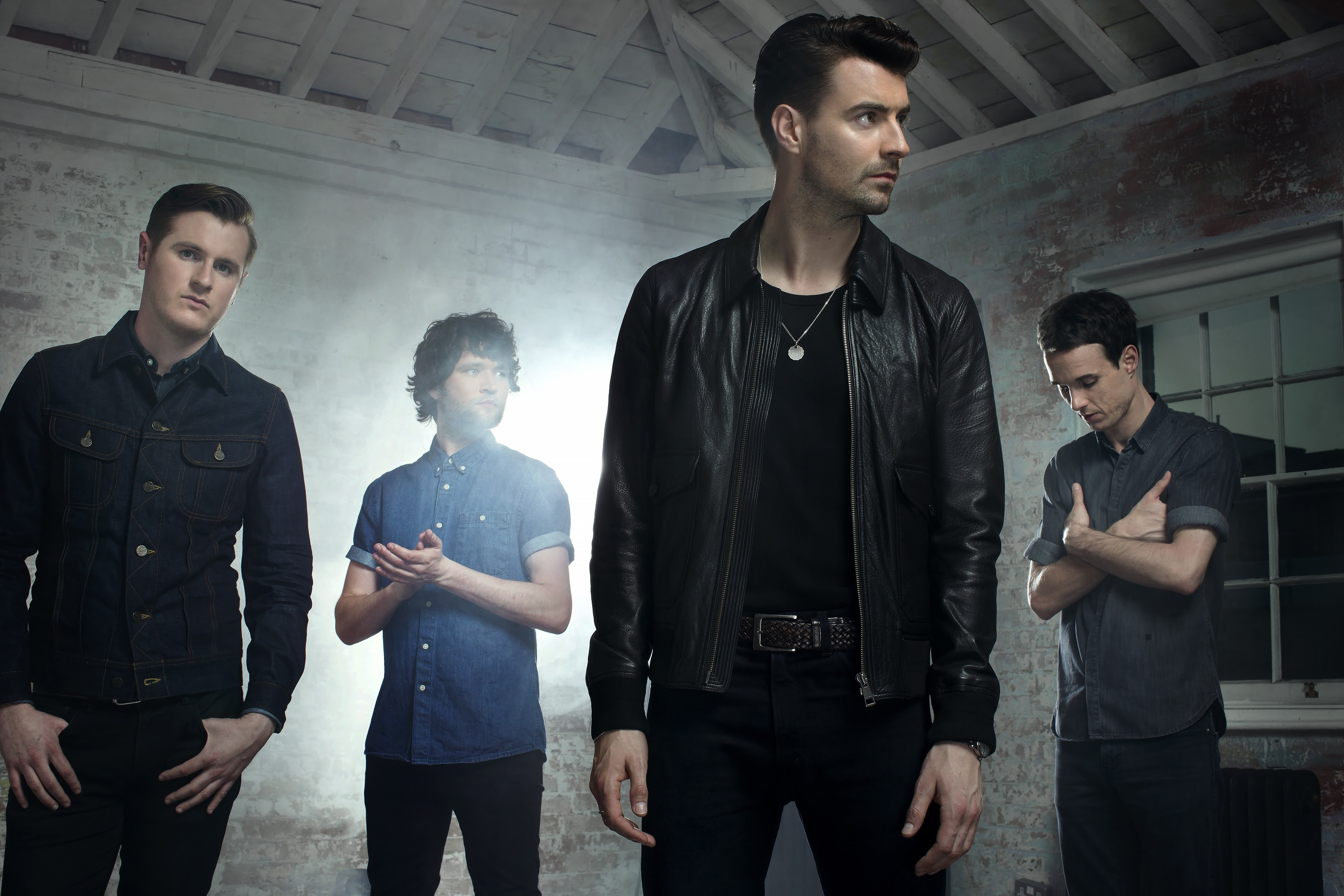 Courteeners have just unveiled the new video How Good It Was, the title track taken from the recently announced EP.

'How Good It Was' will also feature on the bands highly anticipated fourth album, Concrete Love which is due on Monday August 18 via PIAS. It follows the success of their taster track ‘Summer’ which was made available to fans earlier this month.

Lead singer and songwriter Liam Frey has said that "With Summer we were just teasing. This is the real deal. I had the same feeling with ‘How Good It Was’ that I had with ‘Are You In Love With A Notion'. As soon as I'd written it, it just felt right. It was a perfect fit straight away. Like an APC bomber jacket. We were honoured to have members of the BBC Philharmonic and Halle orchestras play on it too, which was incredible. The other three songs were really difficult to leave off the album in all honesty. They could've easily nestled in amongst the others on ‘Concrete Love’. ‘Why Are You Still With Him?’ was written in New York a few years ago about a good friend of mine. I'm happy to be able to finally give it a good home."

The band will be headlining the Radio 1/NME stage at this year’s Reading and Leeds Festival and will also appear as special guests to The Killers at Glasgow’s Bellahouston Park on Tuesday August 19.