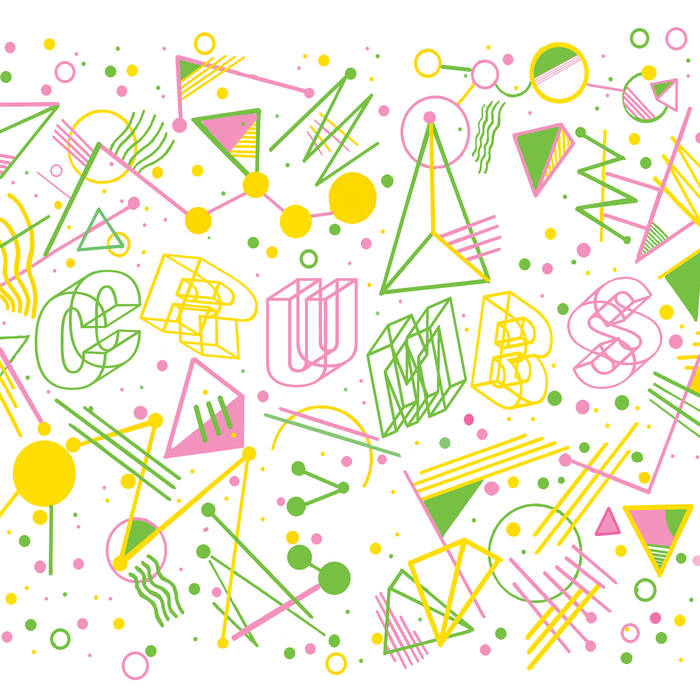 Leeds quartet Crumbs hold the city's new music banner firmly aloft with their debut full-length release. Is there no end to the place's creative output?

Clocking in at a mere 24 minutes the ten songs don't mess about (without being raced through) and feature a few wittily named ones amongst them, such as 'Ciggy Stardust' & 'Hankie Herbcock' (which has a very wrong feeling about it the more you repeat the name).

The band's funky post-punk sound certainly sets them apart from a lot of their contemporaries and the ease with which they combine urgency with danceability belies the fact of their only being a unit for a couple of years. Fair enough they've had a blueprint to work from, in a sense, which their influences didn't but there's still a level of quality here that you'd not ordinarily find on a debut album.

With afrobeat, of varying levels of quality, having been a touchstone for a number of acts in the past half decade or so Mind Yr Manners and its grammatical nod to Sonic Youth is a very welcome shift of the musical focus from a young band. Not that we're advocating a rush to jump on their coattails but it's pleasing to hear a more challenging musical style being adopted, particularly in such accomplished fashion.

'Chaka Can't', at the album's midway point is a fine example of the album in a nutshell. The verses follow a pattern reminiscent of an older track I'm still wracking my brains to come up with (clearly to maddening effect) whilst the jangly guitar gives way at the end to a teasingly short passage of distorted bass you could do with at least another minute of. From beginning to end though it's two minutes of energetic fun.

Surely one of the best debut albums of the year - make the effort to pick these Crumbs up.