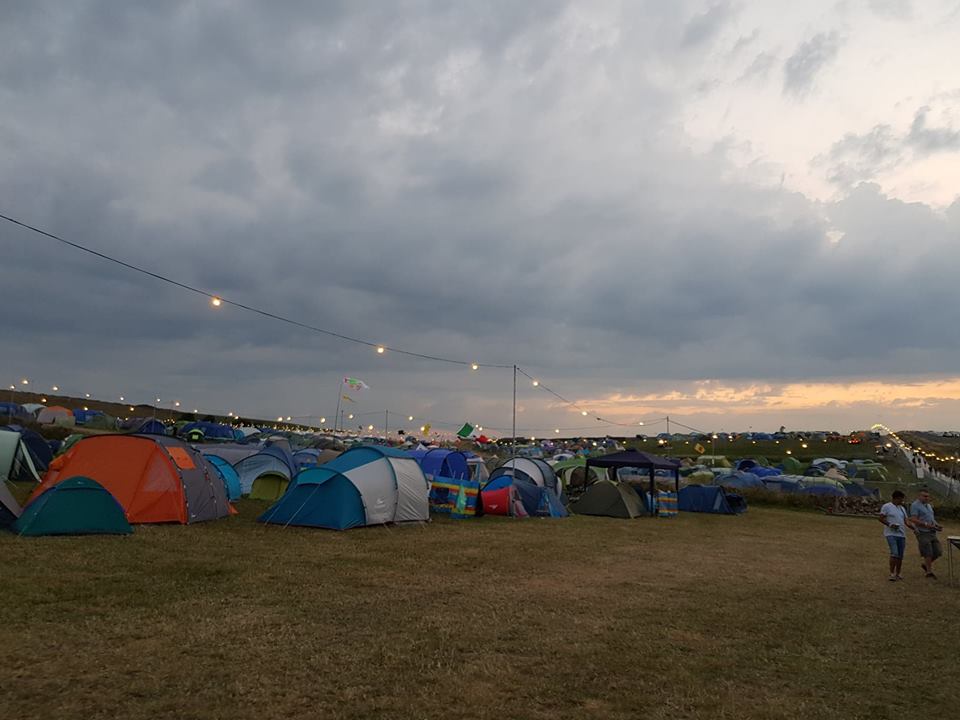 With last year’s festival leaving little more than a bad taste in the mouths of returning regulars and festival virgins, organisers of this year’s Y-Not Festival needed to not only pull out all the stops in order to make it memorable, but address at the litany of issues that surrounded last year’s ill-fated iteration.

Though many people assumed, and espoused, that 2017 was the final nail in the festival’s coffin, either for them personally, or for the event as a whole, organisers promised profusely in the lead up to this year’s festival that last year’s shitshow wasn’t going to repeat itself.

Thankfully, much of those promises came to fruition, and with the exception of bouts of bad weather that evoked strong feels of déjà vu, 2018 was, by and large, a success.

Even seconds after arriving at the festival site, it’s clear that improvements have been made. Temporary roads/walkways have been installed across the drop-off point, and security seem thorough but friendly – a welcome change from last year’s arrogance and indifference.

Once inside, the first noticeable change is just how different the layout is to previous years. Gone are the separate areas that provided their own personalities but stymied the festivals geographic flow. Instead the main stage sits at the bottom of a hill, in the centre of the arena, with other stages, bars and the usual festival miscellany scattered around the outside.

The result is a festival that flows much better and has the added advantage of a gentle slope providing good visibility towards the Main Stage, often regardless of where you’re stood. The acoustics also carry far better than previous years, something we found out on Thursday Night as Razorlight took to the Main Stage to entertain those of us eager to kickstart the weekend early.

Friday is where the change in atmosphere, at least compared to last year, is most noticeable. Spirits are both high and flowing from the outset. And where last year’s atmosphere harboured an edge that was difficult to put your finger on, this year feels more in keeping with the “small, fresh and loud” tagline of previous years.

Exacerbated by the heat, it doesn’t take long for true festival merriment to take hold, as the beers start to kick in and Nottingham’s Vega Bay take to the quarry stage. With a set of easy going indie-pop that perfectly matches the weather, it’s the ideal way of start proceedings.

Elsewhere across the weekend, the likes of The Lancashire Hotpots, Everly Pregnant Brothers and Beans On Toast return for their annual appearances, amusing and entertaining crowds across Friday and Saturday respectively. And headline appearances from The Libertines, who start shaky but end on a massive high, and Catfish And The Bottlemen prove that indie is still alive and kicking, even if it is starting to go grey.

Of course, Y-Not’s always been about offering a platform for up and coming bands, with stages like The Allotment devoted to just that. This year is no different. And bands on the cusp of breaking such as DECO, No Hot Ashes and Sheafs all proving that while indie royalty might be greying, they’ll always be fresh-faced new blood jostling for their crown.

It wouldn’t be Y-Not, nor would it be the Peak District, without howling wind and sideways rain, and Saturday and Sunday definitely don’t disappoint. And though tents, tshirts, jeans and just about everything else might be dampened, spirits certainly aren’t. And while Y-Not may not feel like the same convivial festival it once was, it’s still family-friendly and good natured, and most importantly, more than made amends for the year before.