Most birthday parties are dismal, dull affairs with poor cake and screaming kids. Imagine how boring our own 80th birthday would be like.

However if you are a musical legend, and I use the word legend in its proper context, your birthday parties are somewhat different.

Lee Scratch Perry has been producing and making records for close to 60 years. We have been lucky enough to get a premier of his new film that celebrates the last decade of his life and his vision for the future. To say he is young at heart is to do him a severe injustice.

His film Vision Of Paradise is a dream for any reggae or indeed music fan as it takes us behind the scene of his creative process, which is unlike any artist we know. His sheer brilliance and at times bonkers approach to music production is unparalleled. He almost seems to be to feel every note and echo and has a spiritual connection to some higher purpose.

The documentary claims to be his life, his history and his story. Perry himself is here to conquer all vampires and a host of talking heads from some of the main producers in the business pay homage to a guy that brought colour into their world. Yet this is more than just another documentary of a legend. This feels like this is Perry almost last attempt to make us see the world in his eyes. To understand the beauty of nature and how corruption and money are temporary and yet how music can transcend all barriers. The film is part documentary, part story and his visions are played out using colourful cartoon imagery. It is a feast for the eyes and the ears that enriches the soul.

It is amazing to see the sheer amazement from fellow musicians about how someone with the very basic technology produced and is still producing music, dubs, echoes, rhythms and sounds which are unique to him and still amaze and puzzle our ears. These productions have lasted decades and are still as fresh and as relevant as they were the day he made them.

These sounds came from the famous Black Arc Studio which Perry set up as a production centre. He would latter burn it down in one of his erratic periods with Perry thinking that evil spirits which he cited as money and greed had taken over the studio. So the film shows some footage from his productive 1970s period and then we are shown into Perry’s home for a never before seen glimpse into his life and times.

There is no reason for God to grow up for God must be a child forever."

We left the Duke Of York feeling closer and educated into a world vision from one of the true legend in modern music. No amount of cold or rain could dampen our spirits as we had just been educated by the wonder of Mr Lee Scratch Perry.

Vision Of Paradise will be available to stream via iTunes, Amazon Prime and Netflix from the April 8. 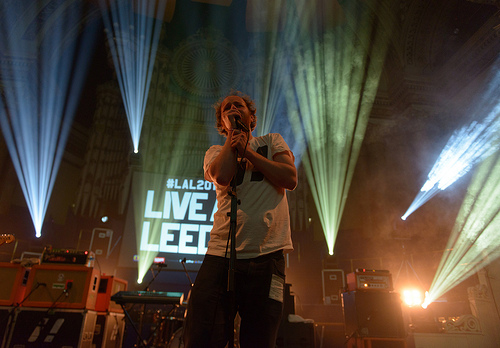 As mentioned yesterday here's the second of our photo round-ups of this year's Live At Leeds from Lee Hammond. 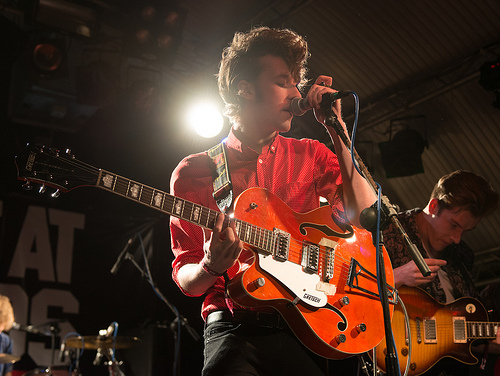 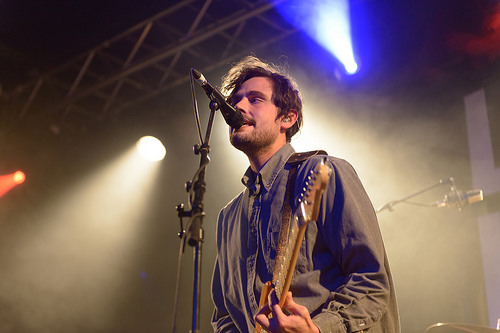 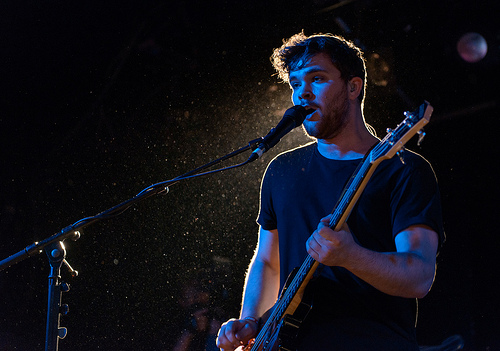 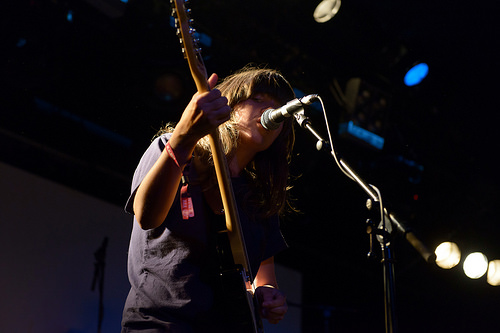 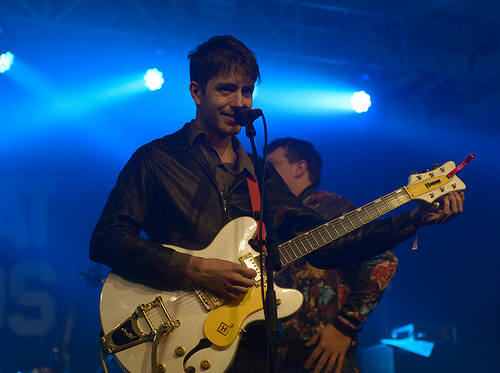 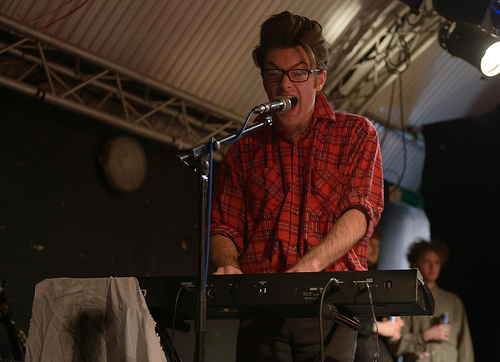 Lee Hammond outdid himself at this year's Live At Leeds so here are a few of the 1500(!) photographs of the event that he took overall, with a further selection coming your way tomorrow. 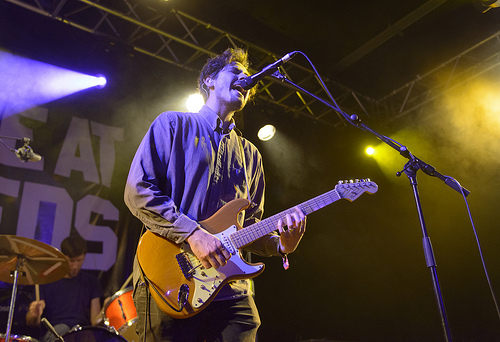 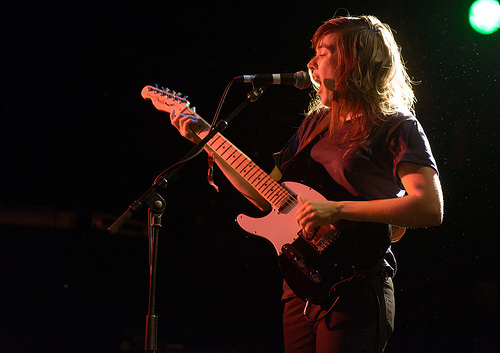 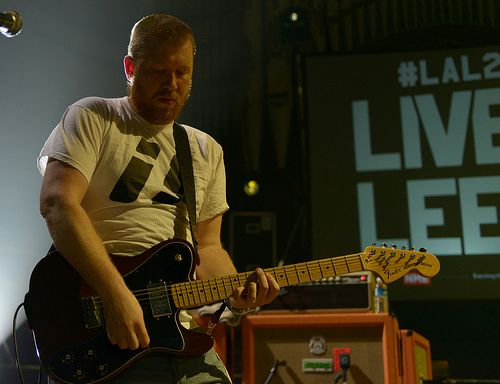 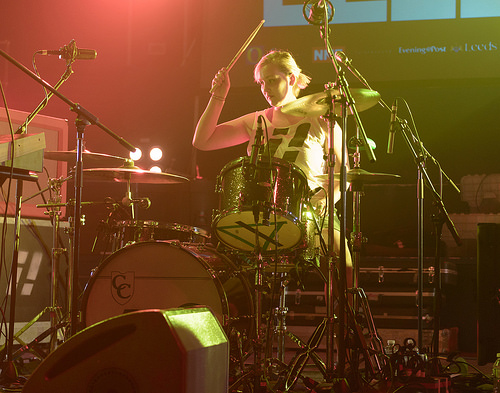 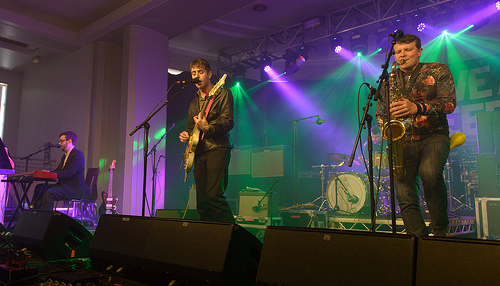 It’s sometimes easy to forget that The Rolling Stones are even a band any more. They seem more like a monument, a piece of nostalgia with little value in the modern world, like typewriters or Betamax. So when the first incarnation of the Stones roar out some belting blues numbers in the opening minutes of this film it seems like an impressive, even vital piece of film-making. This is an illusion created by the band’s modern day image; Mick is singing about things a man his age should really keep to himself, Ronnie is peering out of gossip columns looking like a perverted crow, while Charlie and Keith have mostly disappeared from the public view into what we can only assume are some bloody big houses.

But once the sensation of “holy shit, they really were great” wears off, the documentary’s flaws come thick and fast. In fact the main problem with this film is made clear to the viewer within a matter of seconds: there is no new footage. The interview with the band, which is the focus of the two hour feature, is done without any talking heads or any other visual representation.

It’s lucky then, that the interview itself is quite good. The band don’t reveal anything to make it required listening, but Mick and Keith are their usual charming selves and the addition of Mick Taylor gives a valuable perspective on their most artistically rewarding period. They are especially interesting on the subject of Brian Jones, who was the band’s founder and a talented multi-instrumentalist up until his death in 1969. They are also on top form when discussing the now infamous Altamont free concert, where a mixture of overcrowding and of the presence of Hells’ Angels as security led to the stabbing of fan Meredith Hunter during a performance of ‘Sympathy For The Devil’. Unfortunately for Crossfire Hurricane, the event was covered so well by the earlier, powerful documentary Gimme Shelter that it casts a large shadow over this section of the picture.

Another issue that arises from the interview-based narrative is that the film can only really cover what the band felt like talking about at the time, which means there are major gaps in their musical history. Considering that a large part of the film is about Brian Jones, it seems a great shame that the albums that featured his best playing (Aftermath, Between the Buttons, Their Satanic Majesties Request) are almost entirely ignored. Indeed, with the sole exception of a great scene showing Mick and Keith penning their first self-written song ‘Tell Me’, the same can be said for any section of their discography which isn’t part of their regular live set.

It therefore fails to do what any documentary should strive to do: teach us something new. If you only know the Stones for their major hits there is little you will learn from this picture, which can only serve to frustrate those who care, and bore those who don’t. Crossfire Hurricane hasn’t the material to show us anything new about the men involved, nor the drive to teach anything new about the music. It exists to give people a helpful reminder of their big hits in time for the release of their latest greatest hits album Grrr and, in that task, it serves as an inoffensive but unremarkable success.

The Rolling Stones – Crossfire Hurricane is available on amazon

Much like the allusion to a certain Liverpudlian quartet making an impact in Robert Harris’s Fatherland, Portugal, under the real life Salazar regime (1932 – 1968), managed to have a lively & rebellious rock ‘n’ roll scene during a seriously right-wing period of time, the history and legacy of which this well made documentary by Eduardo Morais records.

A ramshackle rock 'n’ roll band with the world at their feet. A motley crew of self-saboteurs who developed a devoted fan base yet effectively blew every chance to be as great as they could have been. ‘Color Me Obsessed’ leaves no stone unturned in putting the case forward as to why The Replacements should be the most important band in your life.